A portable can cooler + beer bong

Tristan and his partners developed a new device to keep beer bottles and cans cold and allow the user to drink swiftly. A spin on the traditional beer bong, the Kong Beer Bong is a beer can sized beer cooler that has a detachable hose that allows the user to bong a beer whenever and wherever the user wants.

Over the past few years Tristan and his team built a series of prototypes to refine their final design, and attempted to run a Kickstarter campaign to be able to afford the tooling for the first production run. Unfortunately, their attempt to crowdfund their project failed.

To give it another attempt, and ensure that they would be able to successfully run and manage a crowdfunding campaign, they partnered with Product Refinery to help them cut costs on the production of the Kong, build a clean and appealing crowdfunding campaign, and create a cost-effective supply chain to deliver their product to their awaiting backers. 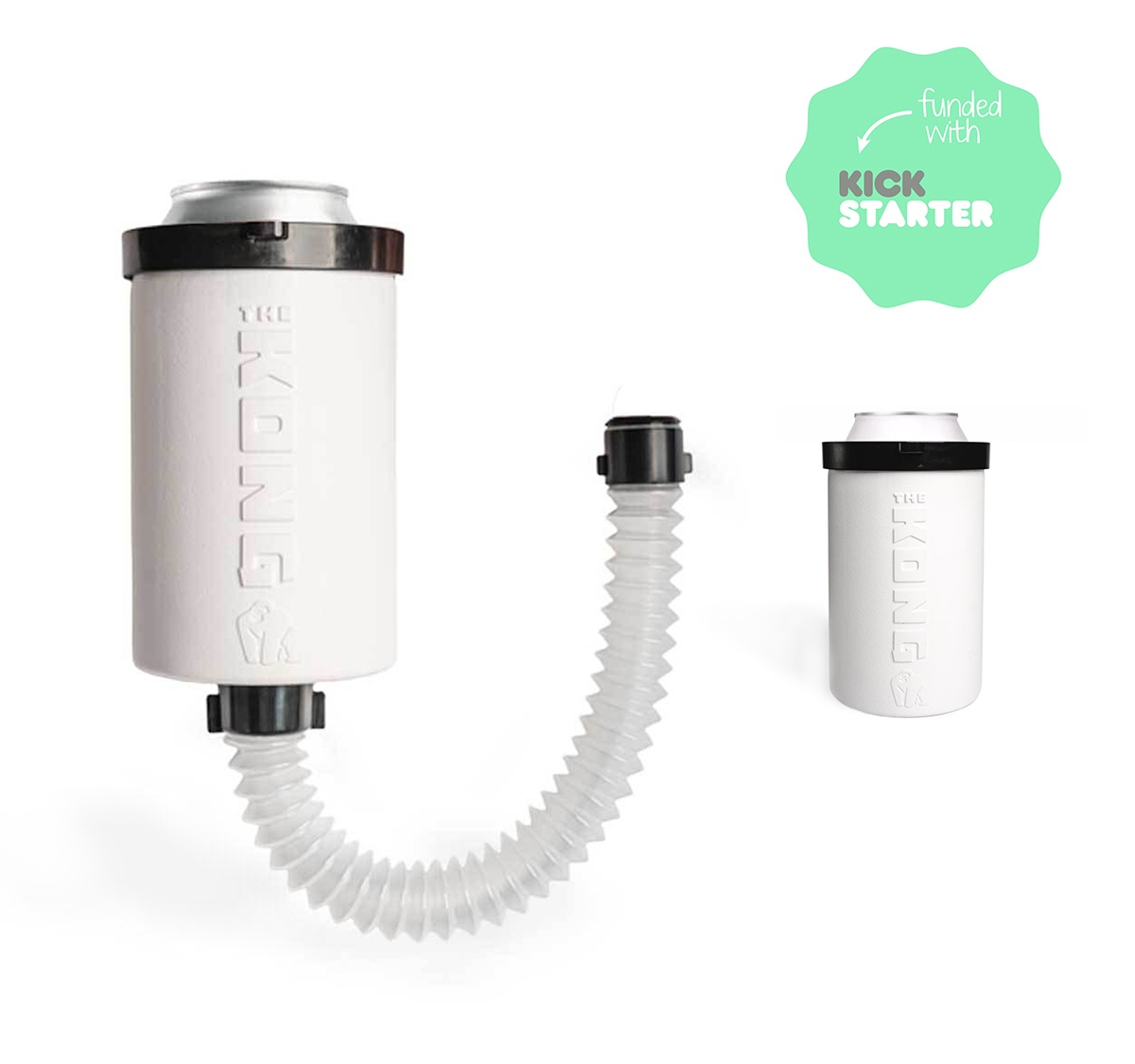 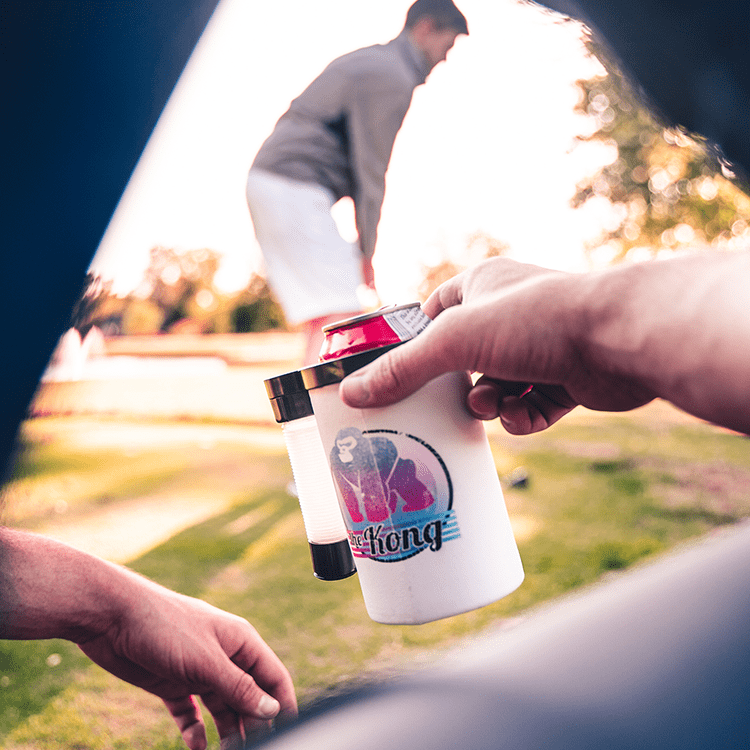 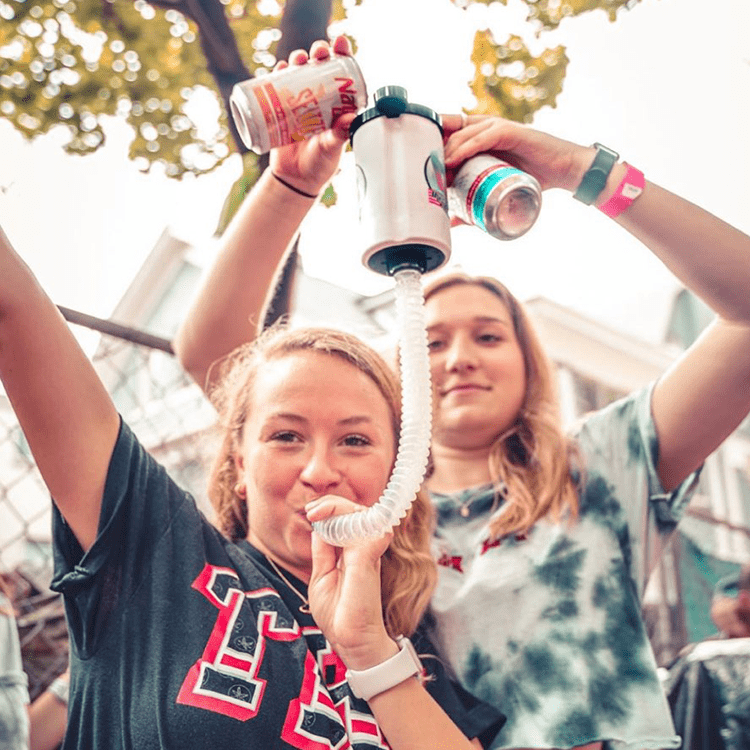 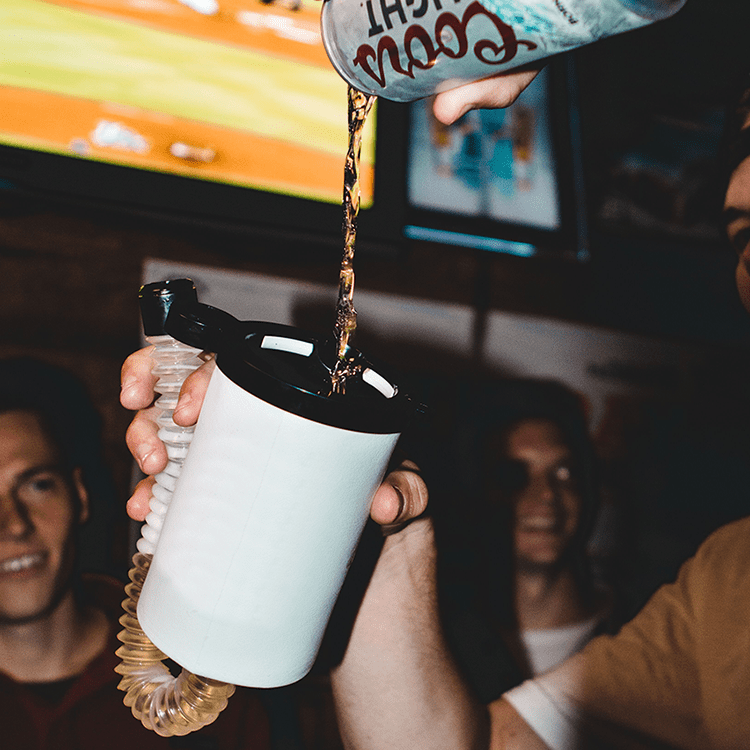 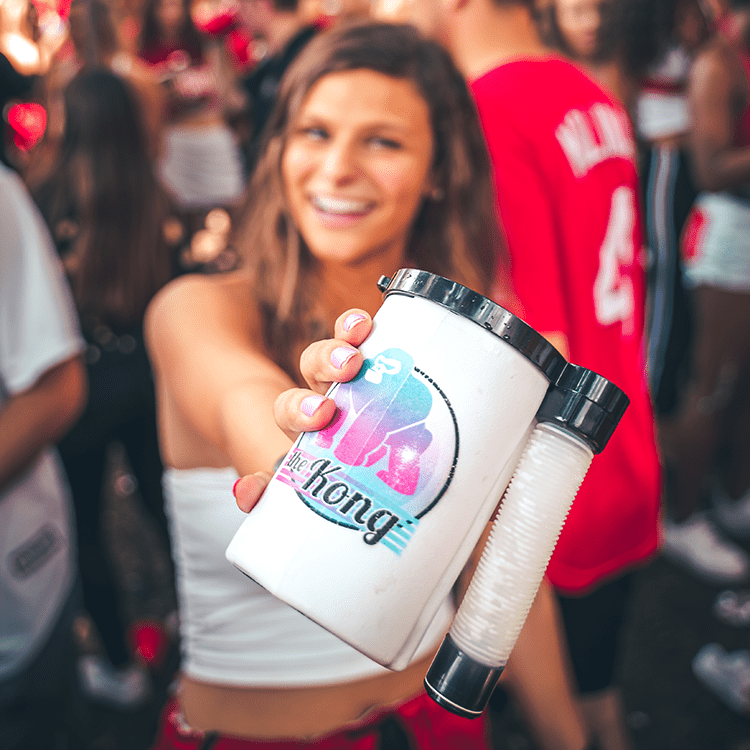 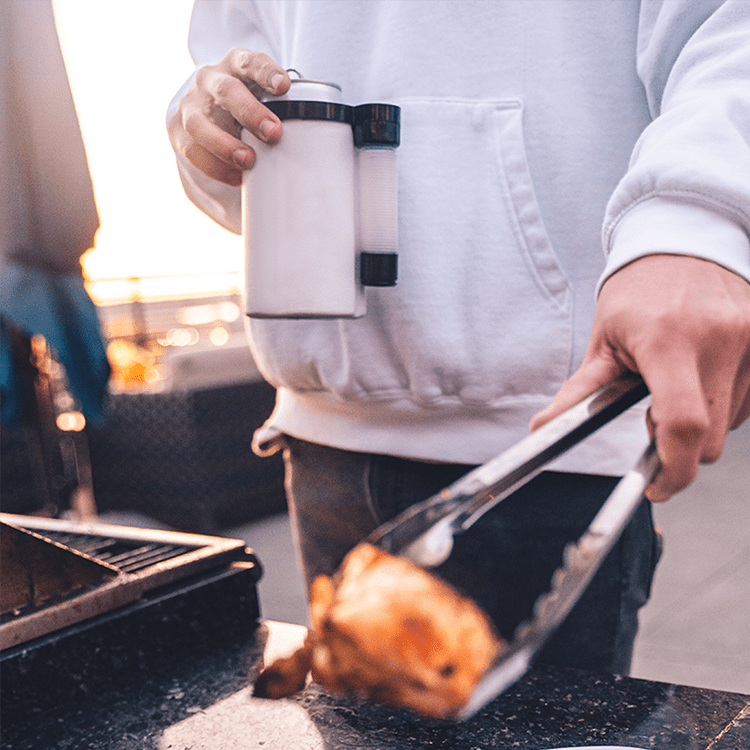 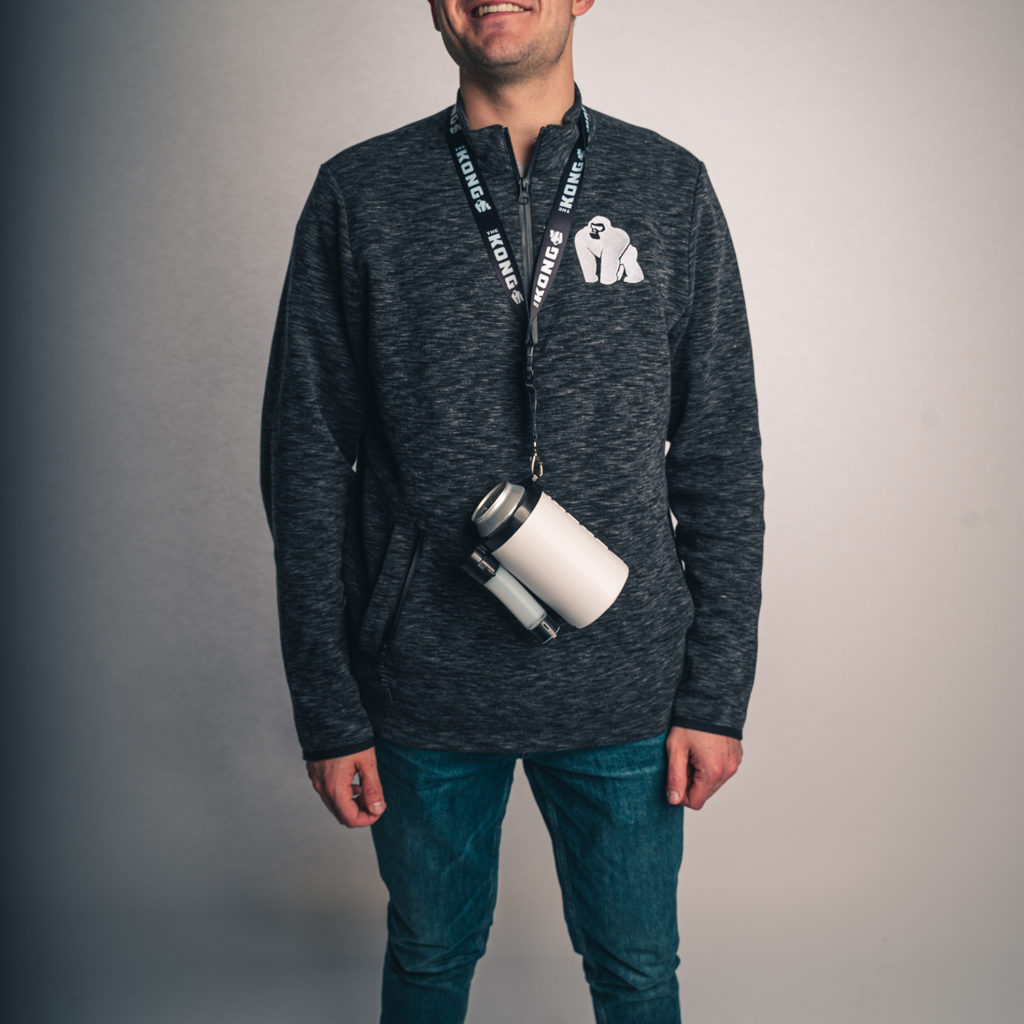 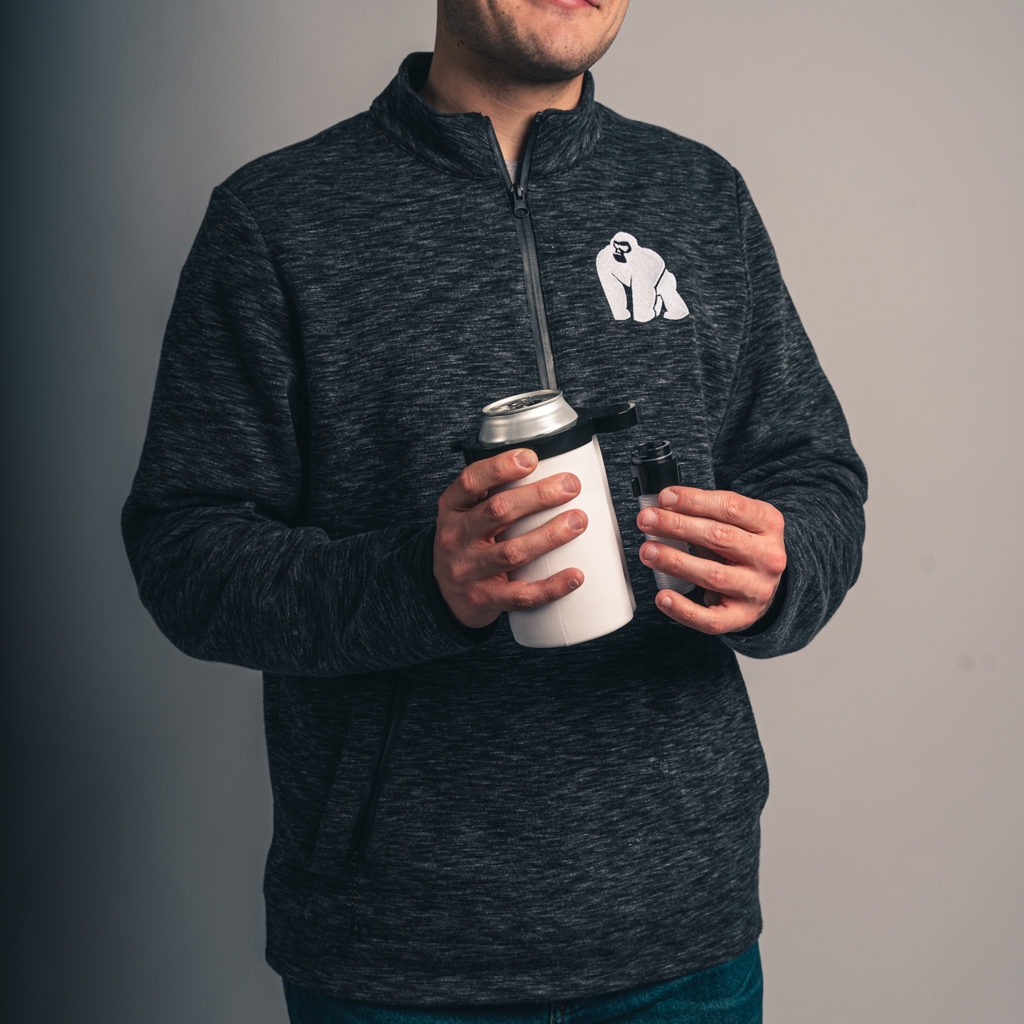 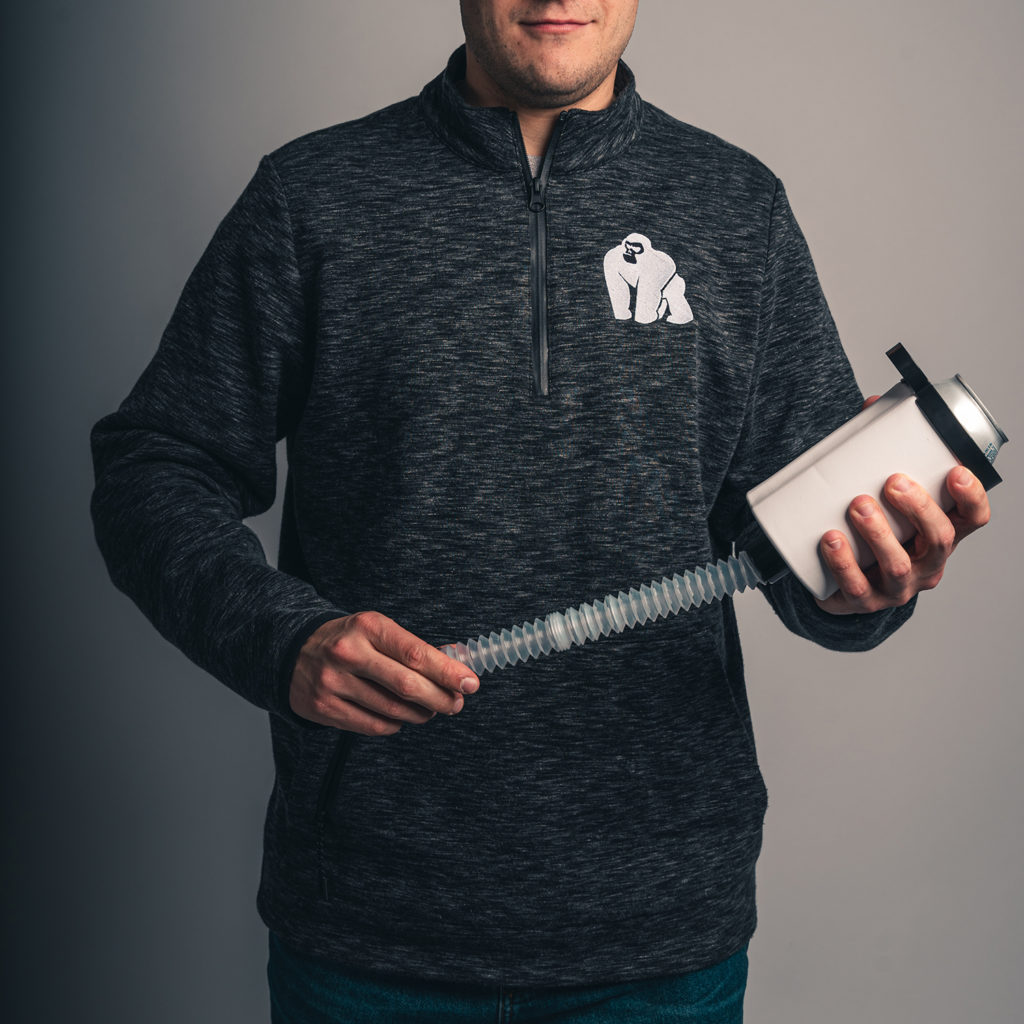 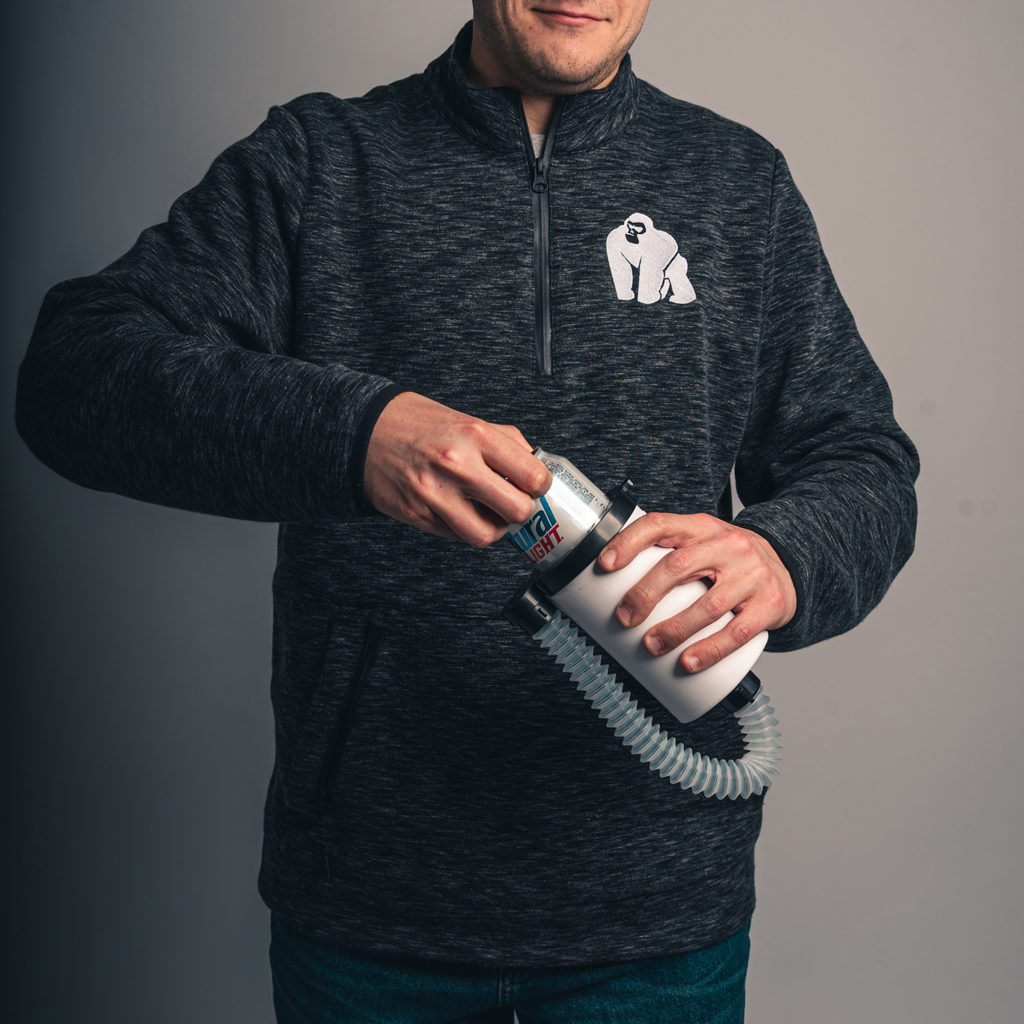 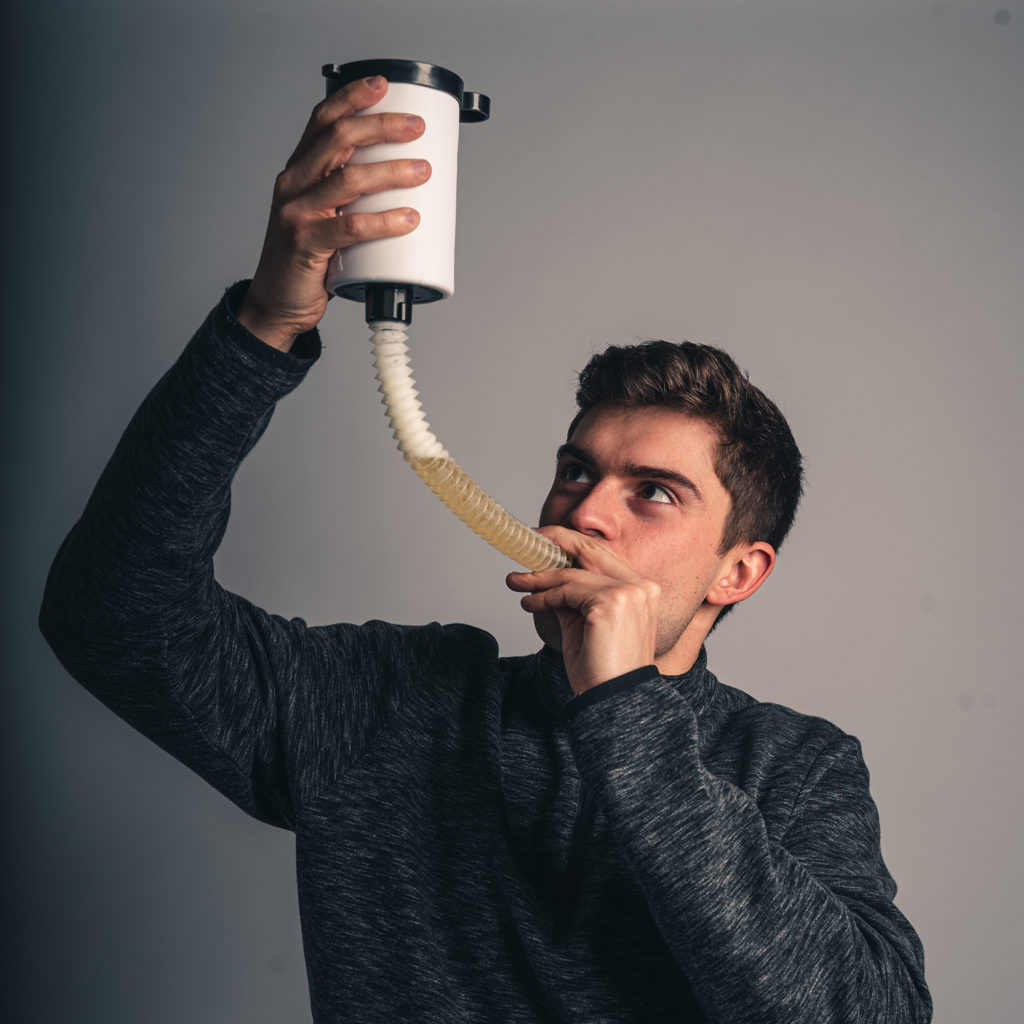 Because the Kong was on a tight timeline, Product Refinery only had one month to drive the campaign vision, campaign messaging, and all of the visual assets needed for an attractive crowdfunding campaign page on Kickstarter. During the development of the campaign, Product Refinery worked with international partners to build the supply chain as quickly as possible while still ensuring a premium quality final product.

Having only one month to build and turn around a brilliant page for Kong, we engineered copy and visual assets to appeal to the college and university markets. While the Kong is a product that has appeal to multiple market segments, we honed our messaging to specifically target a subsection of university and college students at state schools all across the United States.

When Kong came to Product Refinery, they had a good prototype to present to a manufacturing partner. However, Product Refinery took their prototype and refined the industrial design specifications to suit actual mass production with their partners.

Manufacturing a great product for a massive market required that Product Refinery build a sustainable and fast supply chain for the creation and delivery of the Kong for an eager United States market. To efficiently deliver the Kong, Product Refinery coordinated with our manufacturing and packaging partners to bring the Kong to US customers as quickly as possible.

To raise enough money to produce the initial run of The Kong, Product Refinery built the final crowdfunding page, drove the brand’s messaging to relevant consumers by consulting on the engagement strategy on Kong’s social media and advertising channels.

Every great product requires sleek and attractive packaging to bring in new consumers and look great on store shelves. Kong’s packaging needed to attract a particular clientele that is attracted to bright colors, sleek design, and is minimalist to promote sustainability. Product Refinery worked with our packaging partners to deliver just that.

Today, Kong is available for purchase directly through their site (www.kongbeerbong.com) and they are consistently growing their sales and their market reach. As they continue to grow Product Refinery is in lock-step with them supporting their growth and facilitating additional production runs to service their growing consumer base. 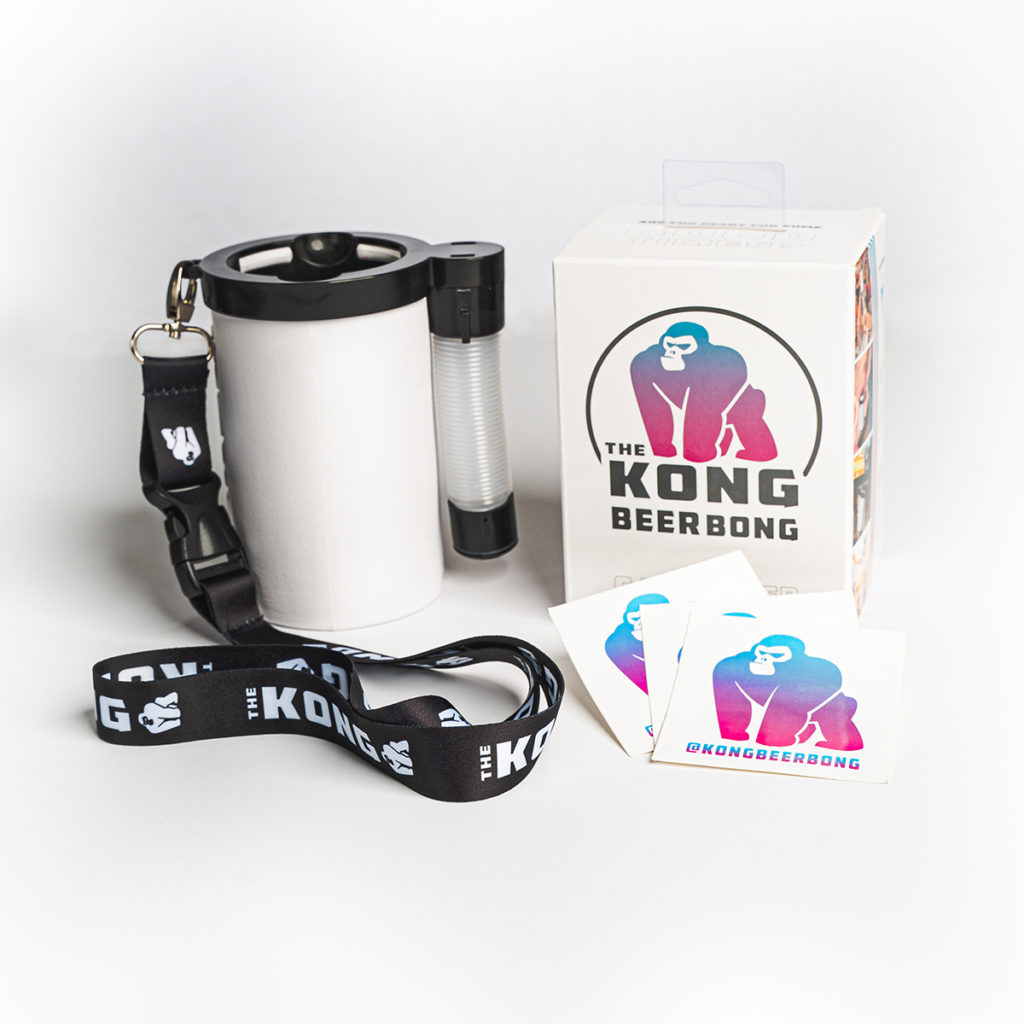 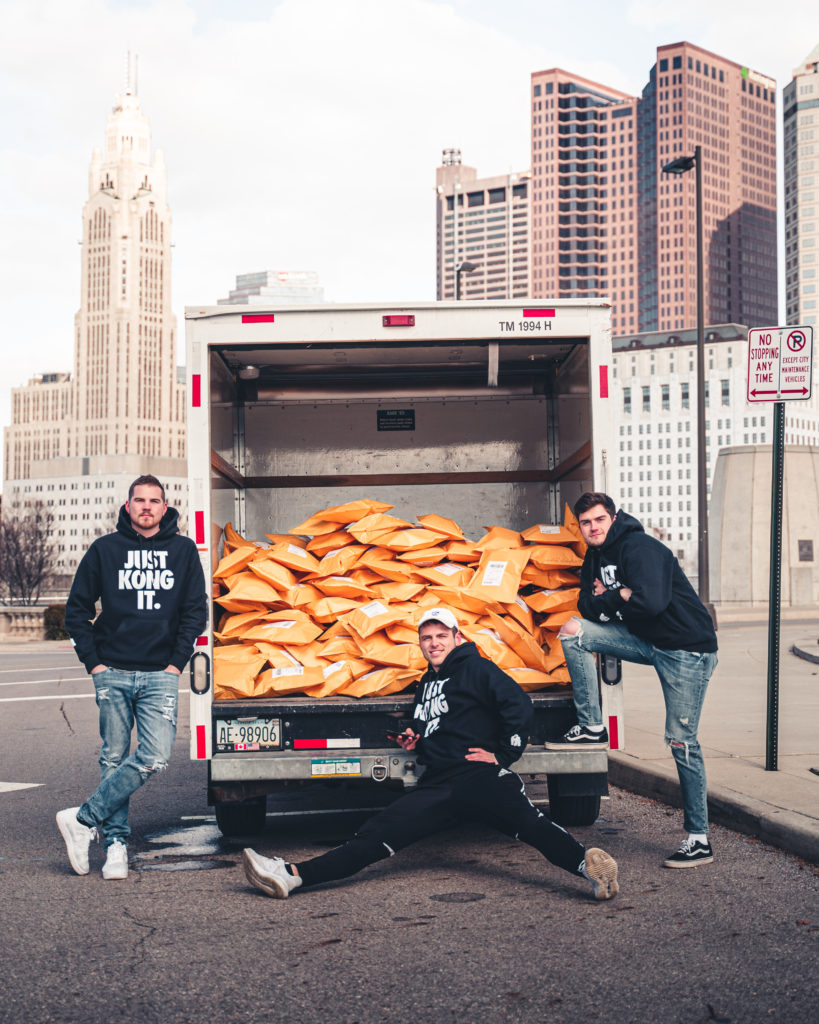 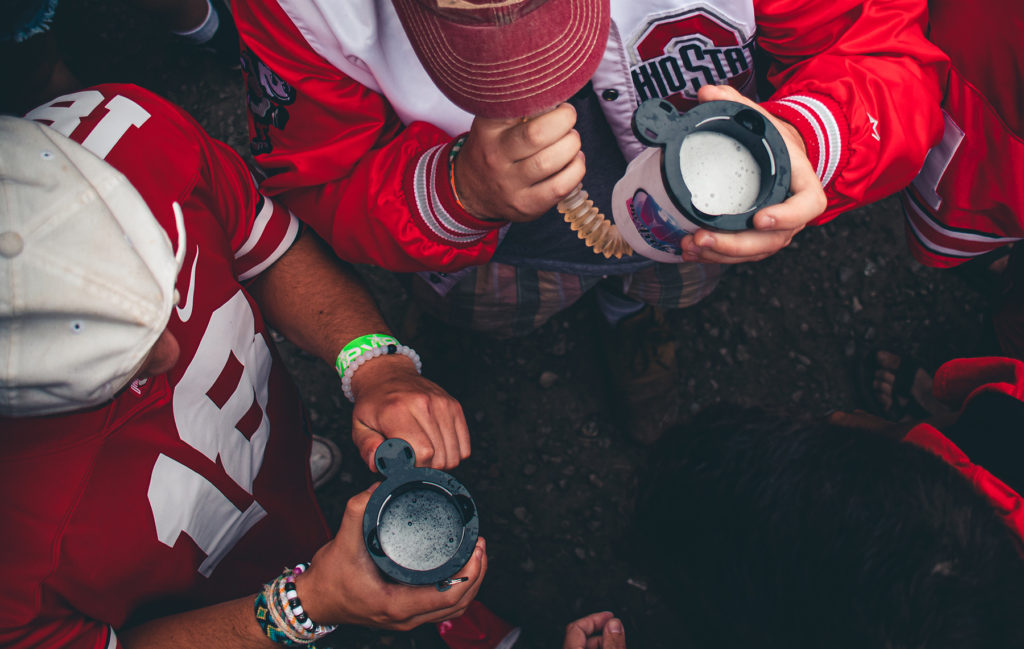 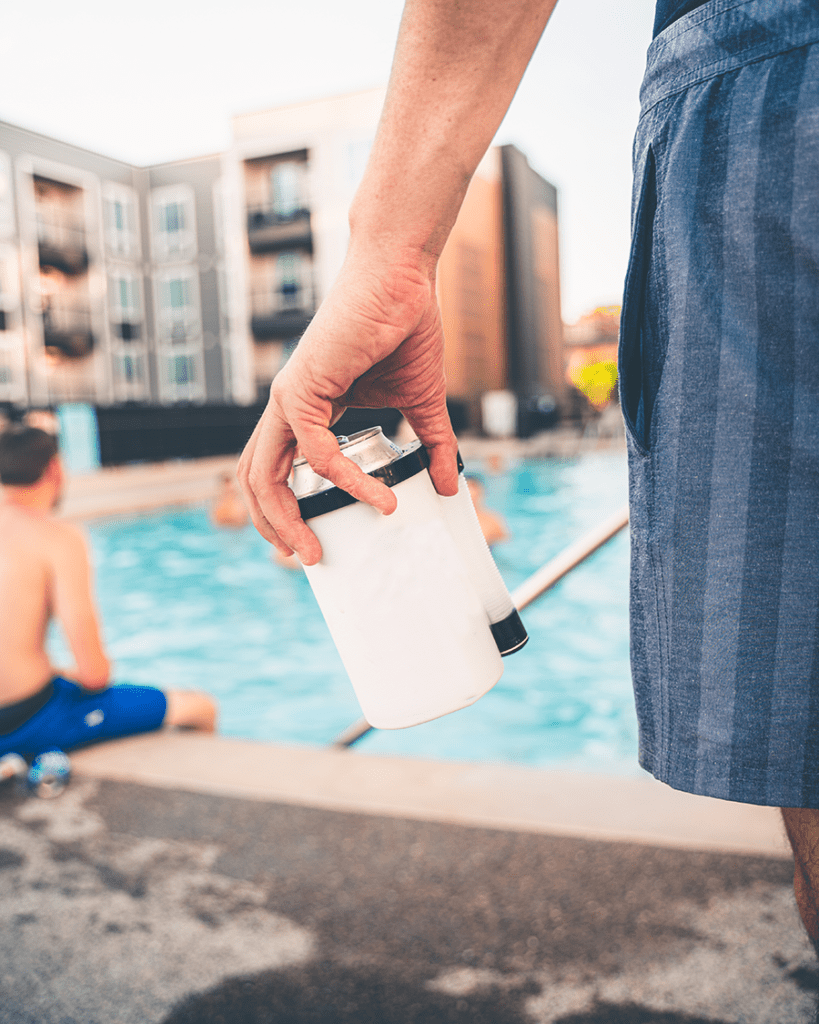 Relaxing By the Pool 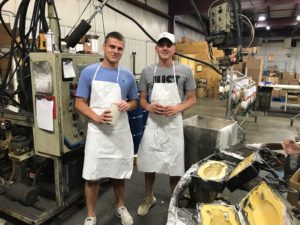 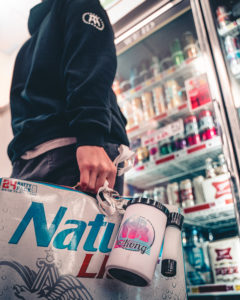 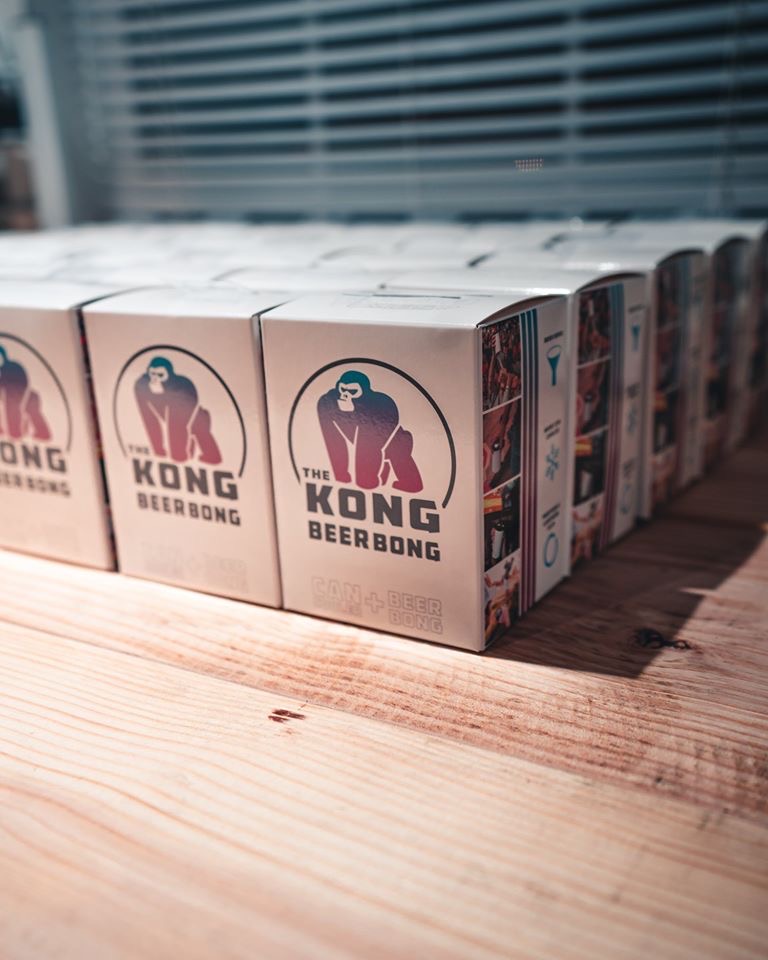 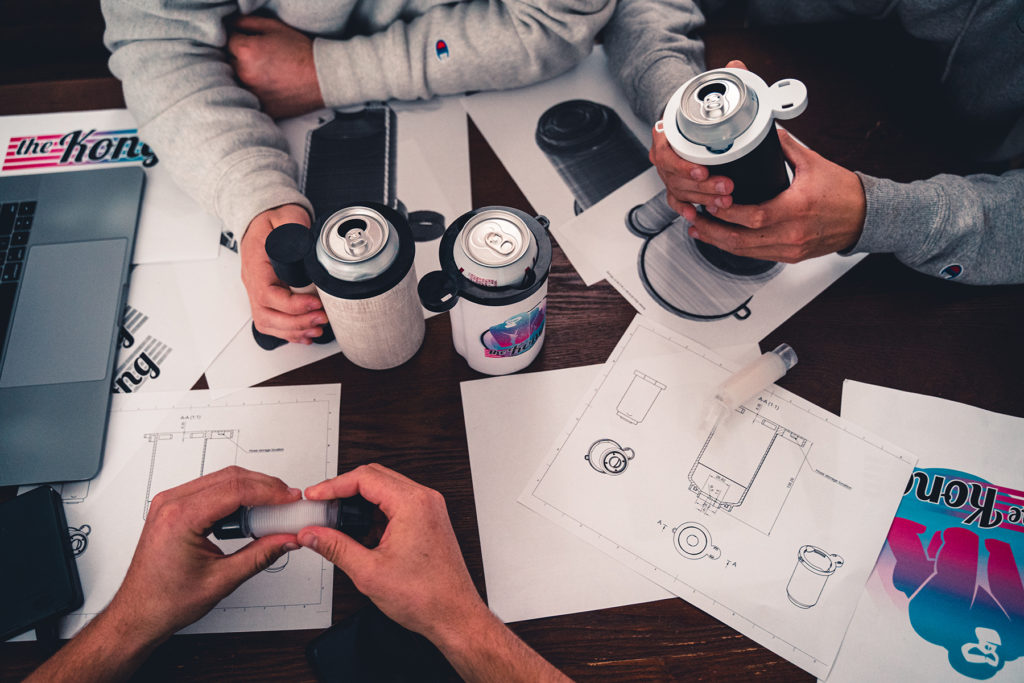 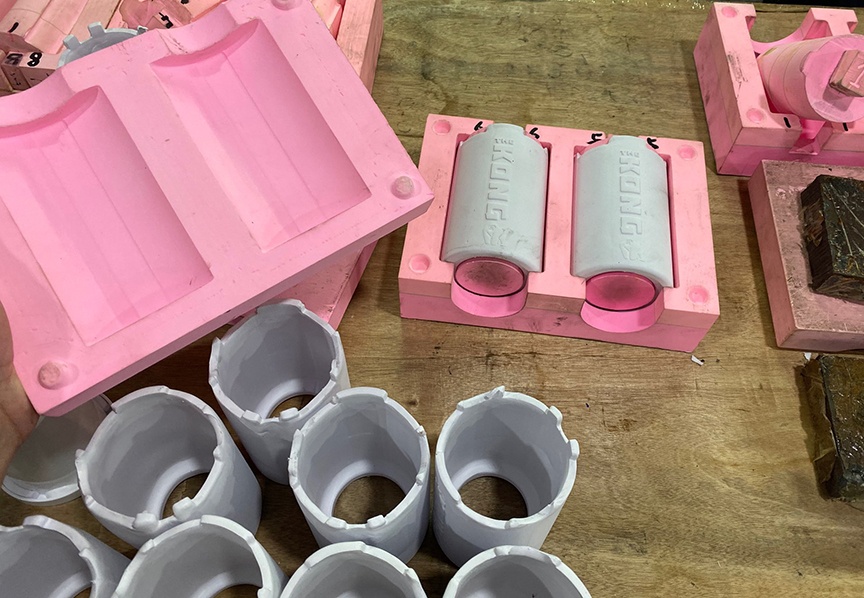 EVA Foam Molds For the Can Cooler Sleeve 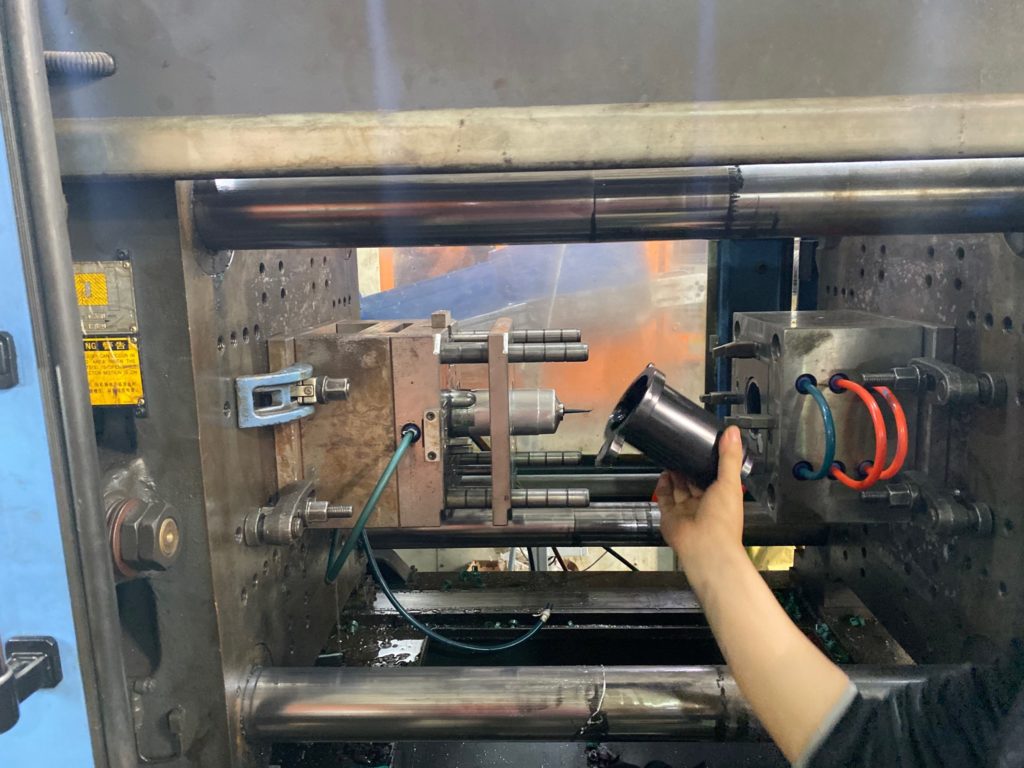 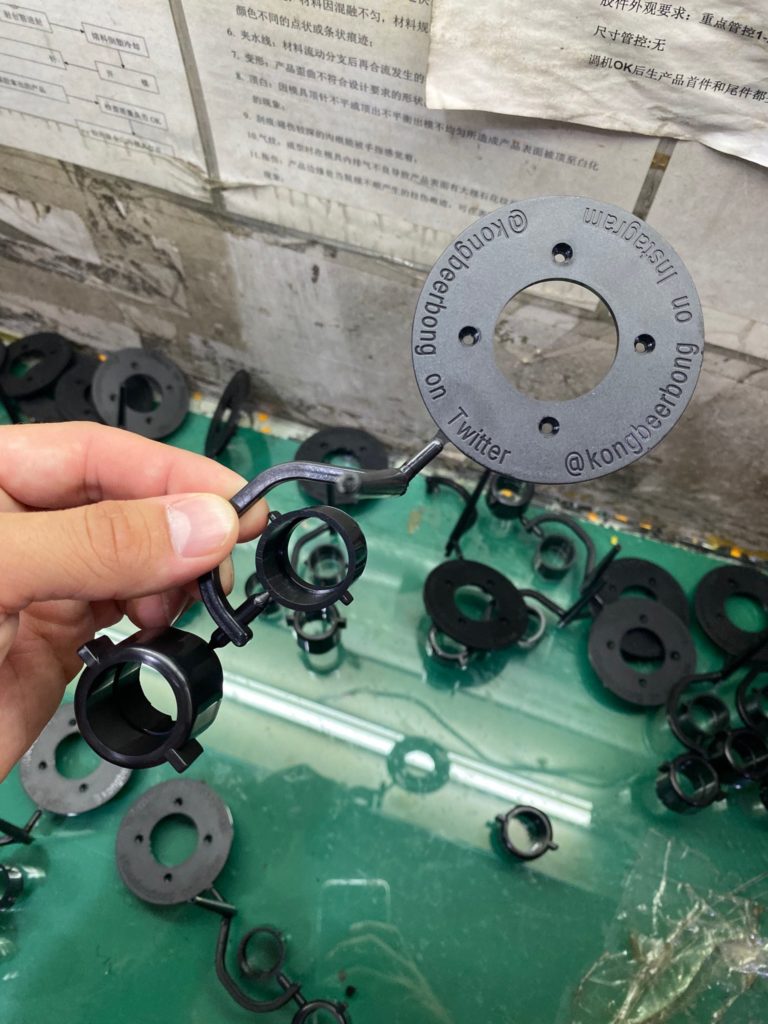 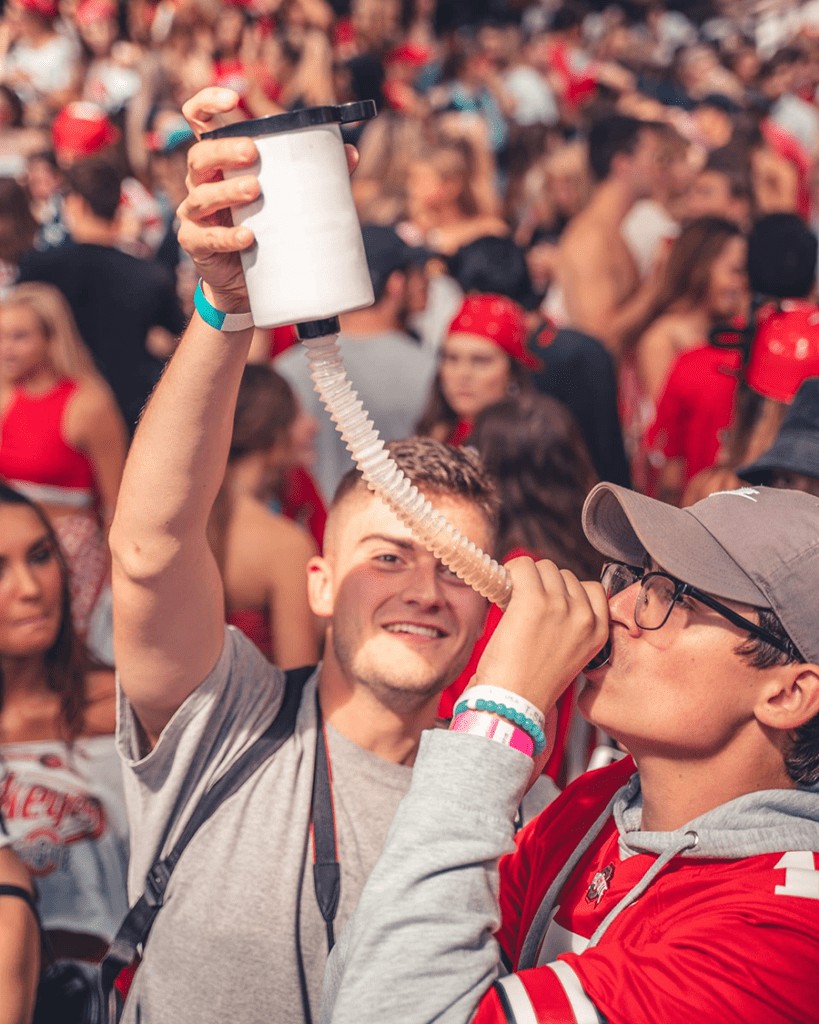 Kongin' At A Footbal Game 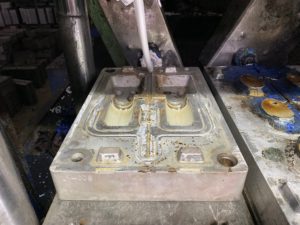