We reconnected with Tom in Columbus - he had just returned from his first road show in Oshkosk - had sold just 600 units of the gen 1 Grypmat.

Tom hired us as his product launch gurus and we dove into designing a Kickstarter - starting with prototyping the 3 new designs. We worked with one of our trusted mold makers to produce 3 impressive functional prototypes in the iconic orange. We used these models to produce content for the kickstarter.

We directed and execution of the production of kickstarter video, voiceover, script and page design. Crafting the messaging behind the brand and campaign with - “Where do you set your tools?”

In collaboration with Tom we refined the new design, design and produce the packaging cartons, the graphic inserts. In addition, we designed business cards, promo cards. We also  designed and sourced a tradeshow booth. 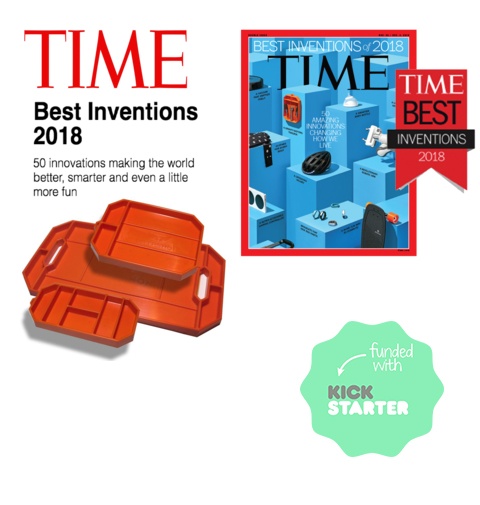 Less than a year from launching on Kickstarter Tom made an appearance on shark tank - made a deal with 3 sharks. Tom was also named - Forbes 30 under 30 for 2018 and the Grypmat was featured on Times Magazine front cover - as One of top 50 inventions of 2018. In addition, boast a Laundry list of product innovation awards that were won after our engagment. On an update in April 2018 on Shark Tank - Grypmat has reached over 4mil+ in sales and tens of thousands of units sold. 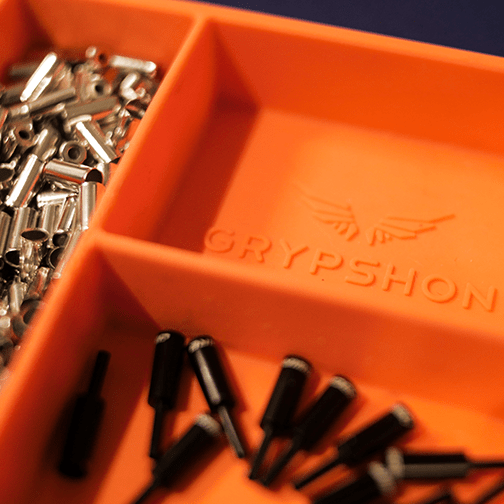 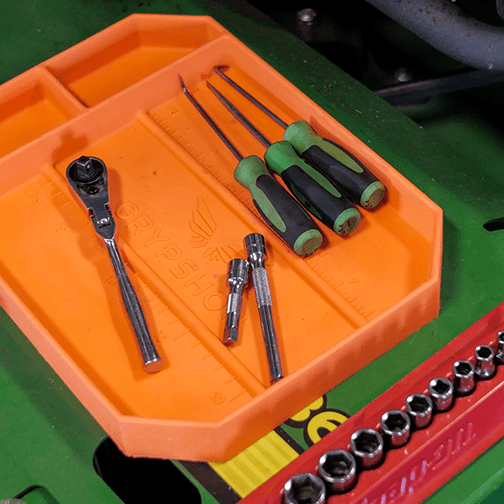 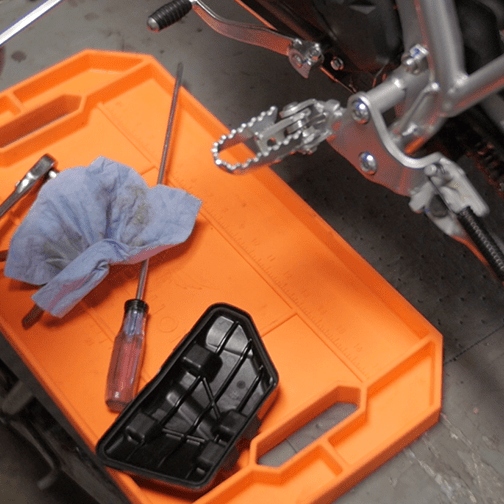 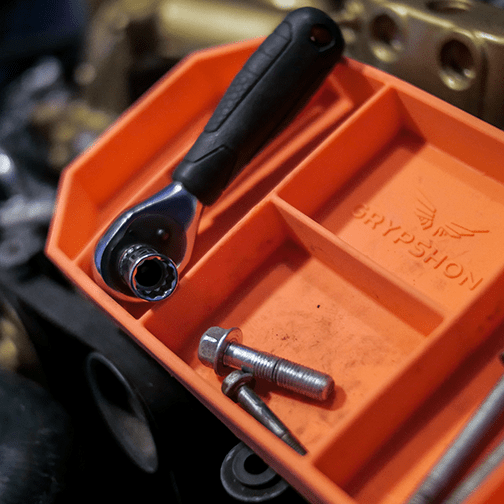 Where do your set your tools? 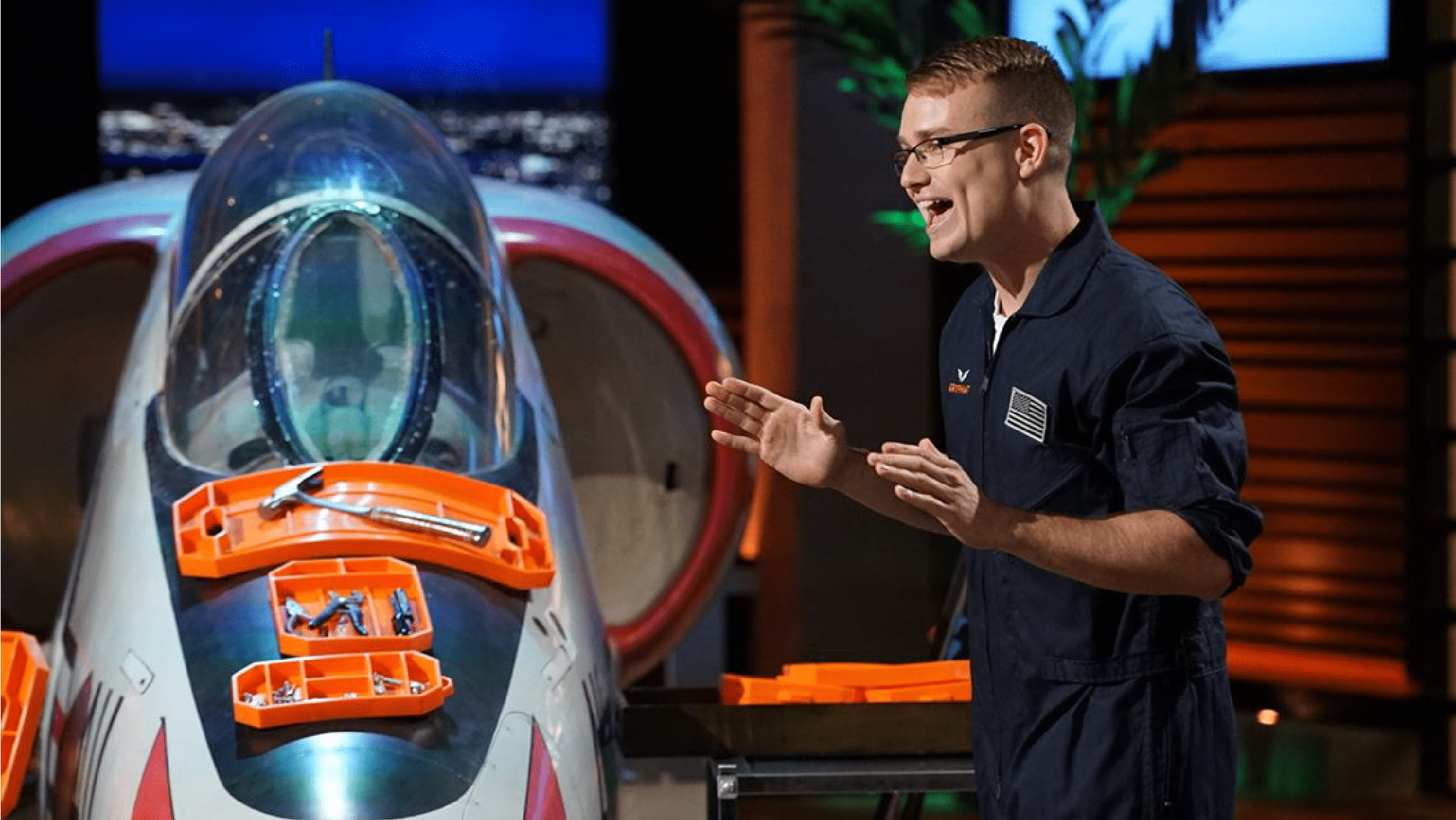 Product Refinery tailored a growth strategy that solidified the brand identity and provided market visibility to ensure growth. Having already had some success in the respective trade shows he would attend, Product Refinery guided Grypmat’s growth by providing a clear path to a significantly larger market segment.

Knowing that the Grypmat was going to be an exceptional product because of its genius design, Product Refinery had to create a timeless brand identity that would be able to carry the Grypmat forward beyond the support that Product Refinery would provide. To achieve a successful brand identity, Product Refinery built an all-encompassing brand suite that ensured that all digital, physical, and consumer facing assets were distinct and unique to Grypmat.
After deciding upon the now iconic orange, we worked with one of our trusted mold makers to produce 3 impressive functional prototypes for the Kickstarter. We also helped refine the packaging design. Graphic promo card inserts.

Because the Grypmat is a niche product, building a successful crowdfunding campaign was essential to not only increase sales, but to expose the Grypmat to a more diverse market. Product Refinery successfully built all of the campaign assets, and aided Grypmat into surpassing 10x their financial target on Kickstarter.

While Product Refinery specifically works with products, our main objective is the success of our customers and we have such a diverse and rich network that we were able to provide additional support to provide services that are traditionally out of scope. Therefore, Product Refinery created promotional materials, a trade show booth, and additional visual products for different marketing channels. 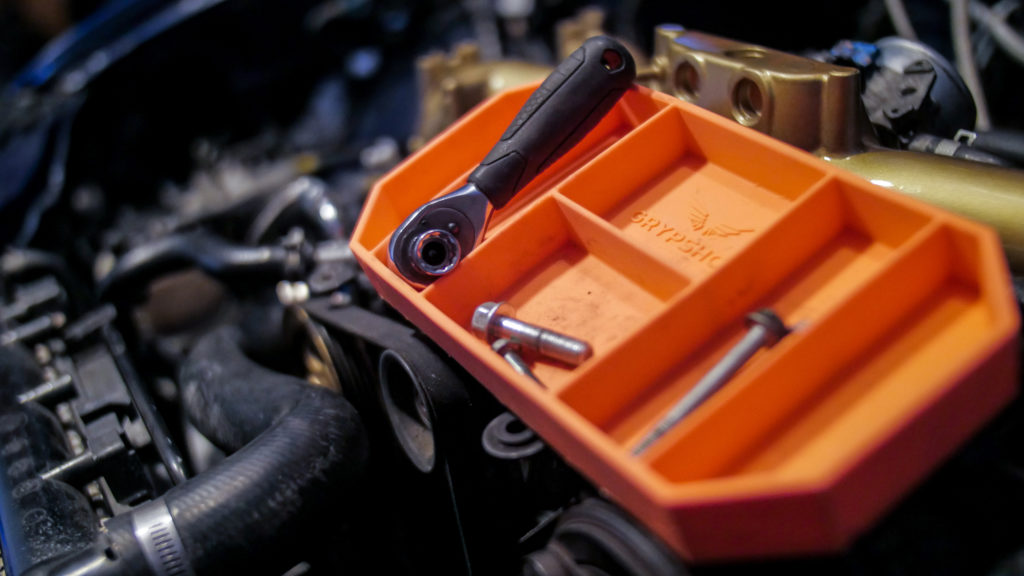 Working On a Rally Car - WRX 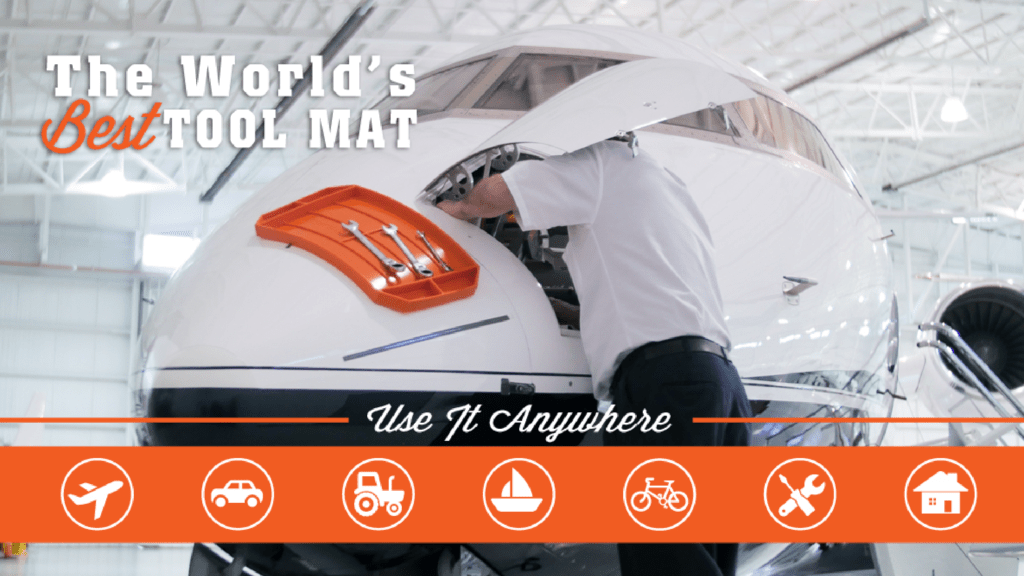 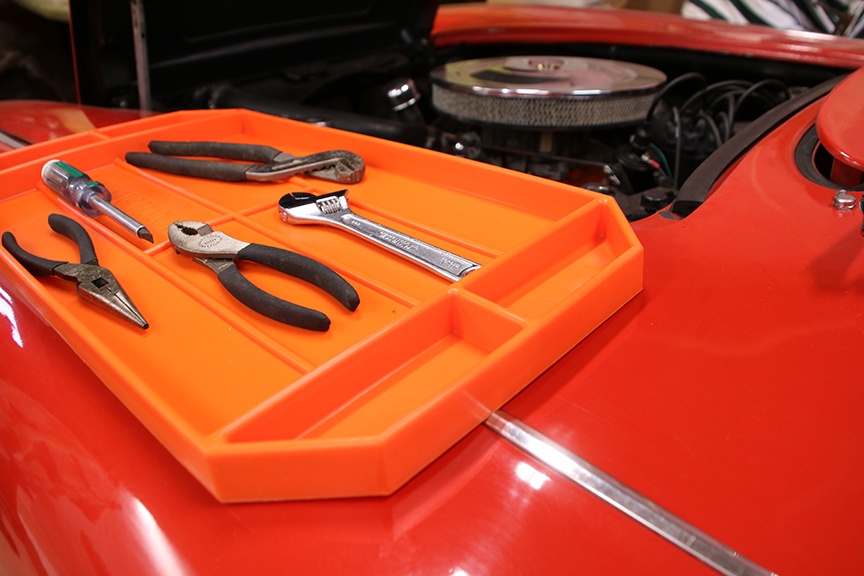 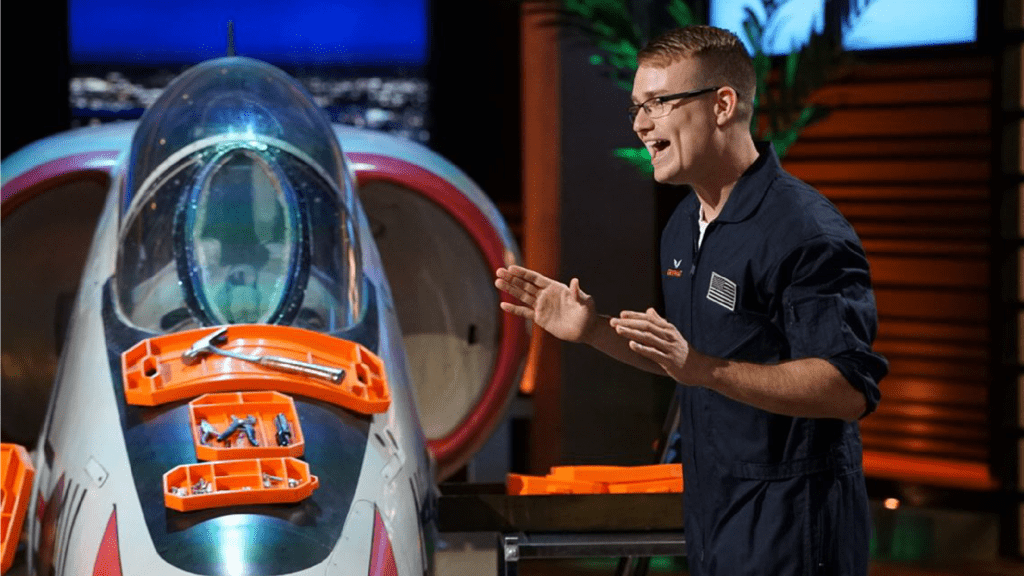 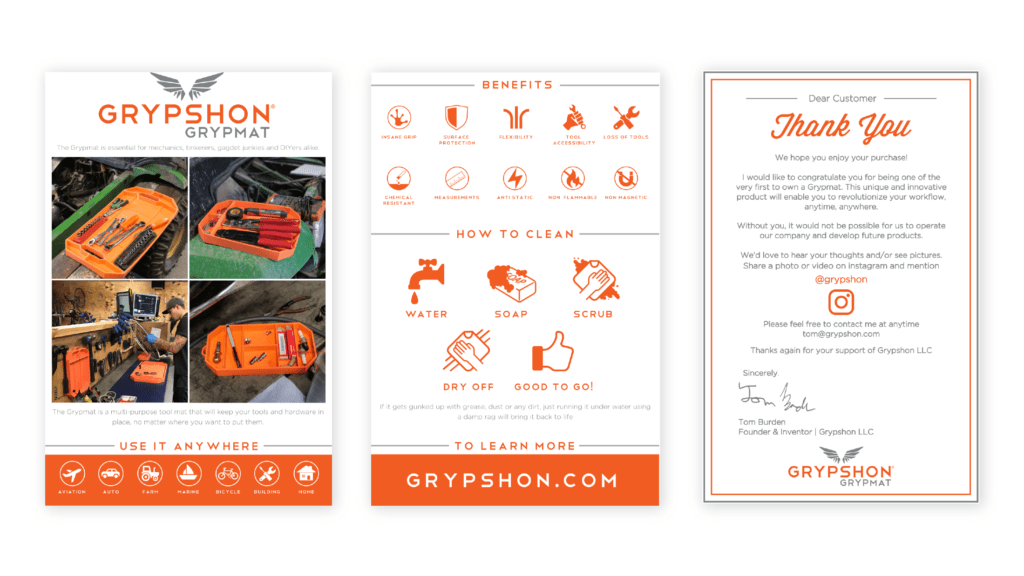 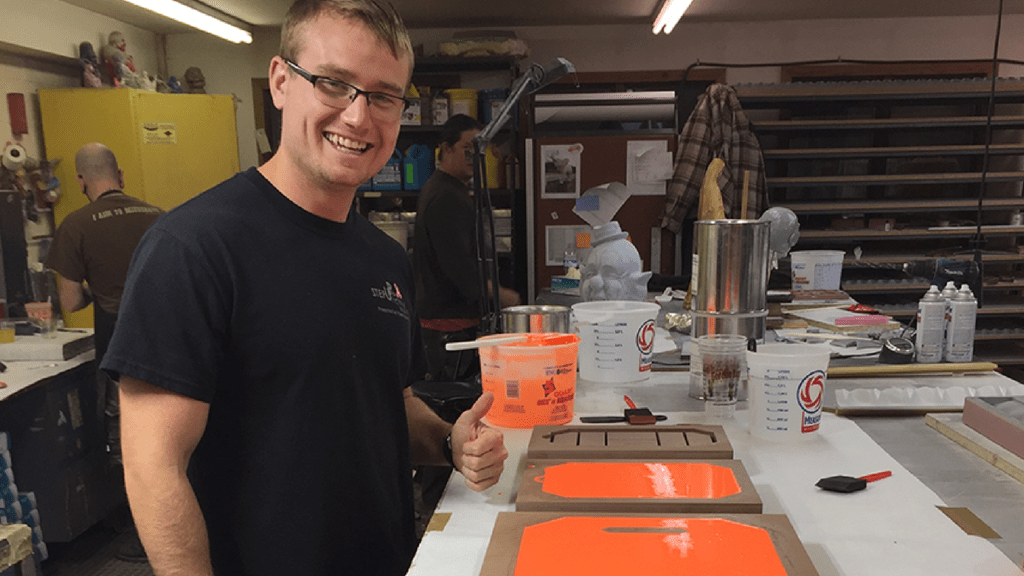 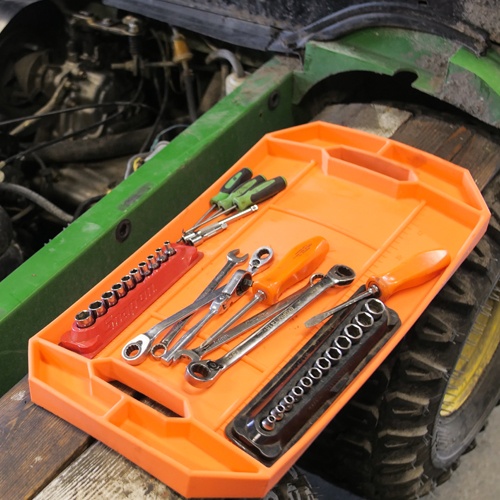 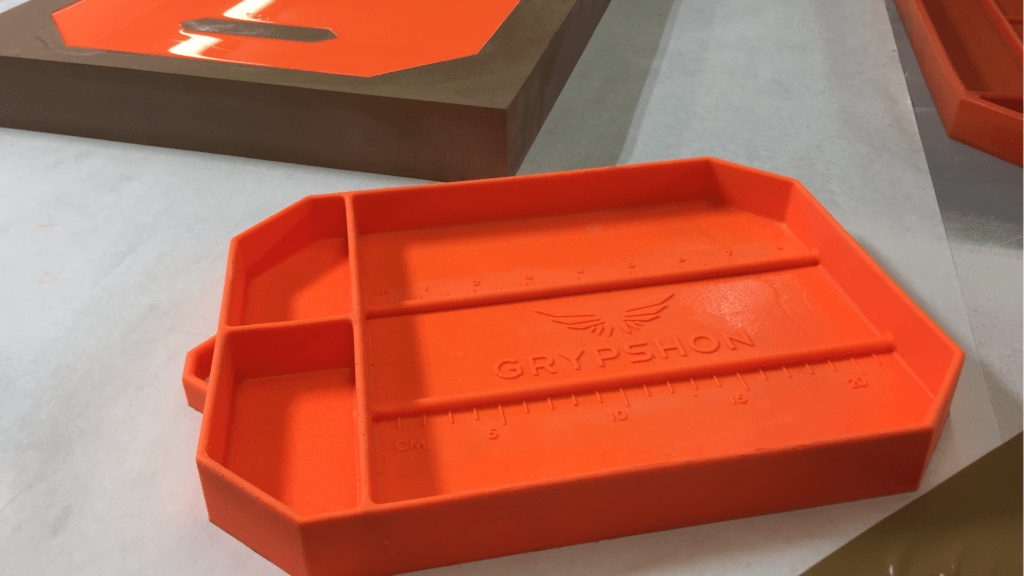 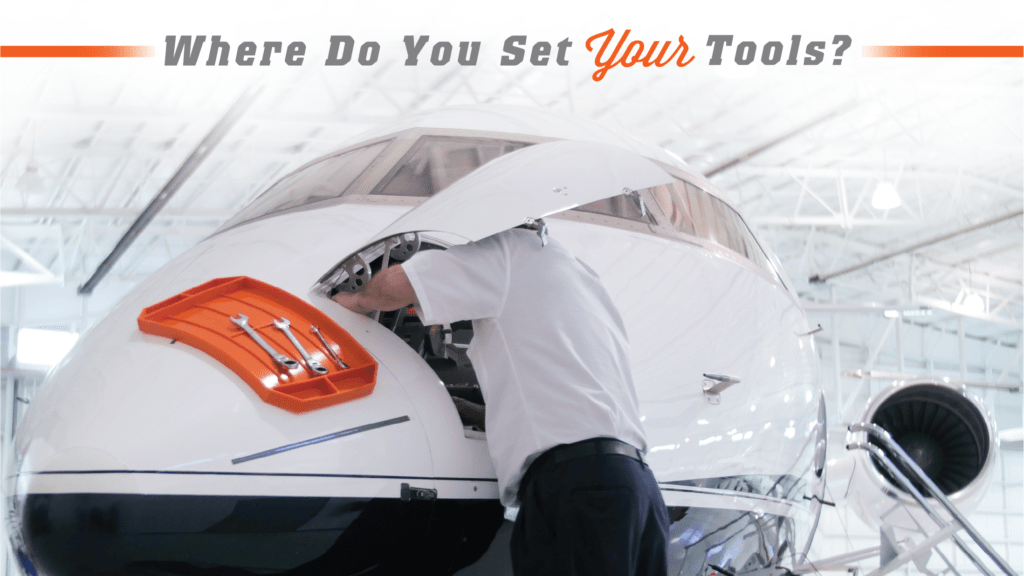 Grypmat - In Use For Airline Mechanic 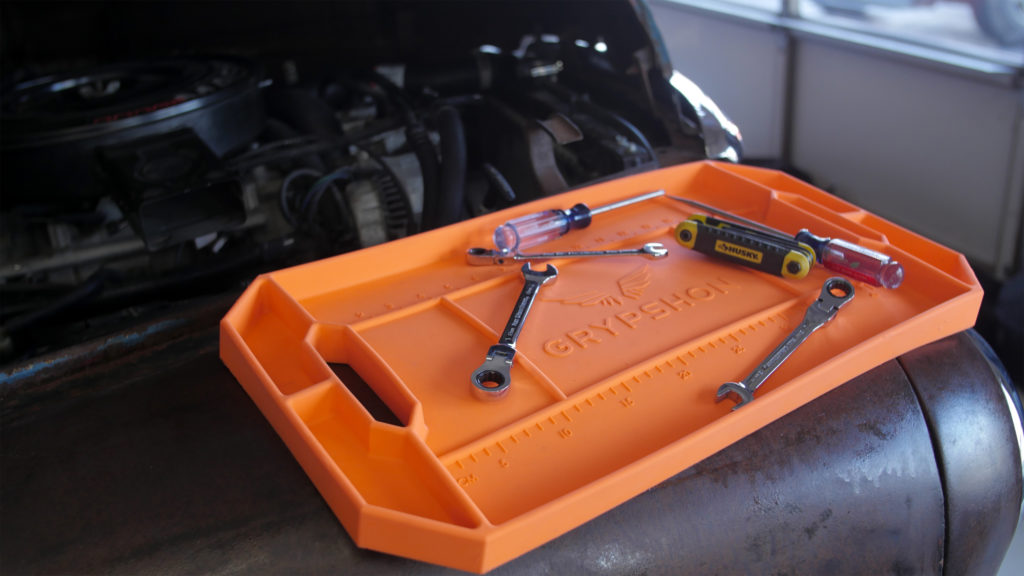 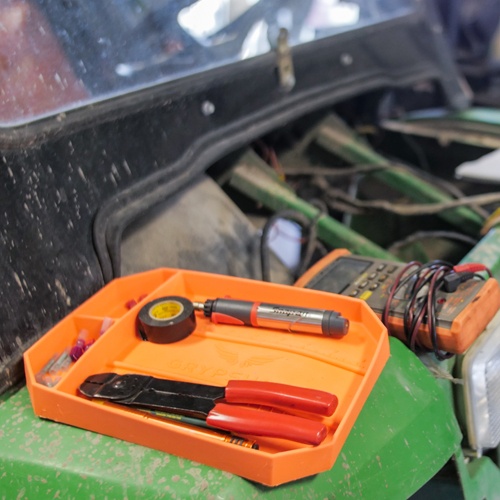 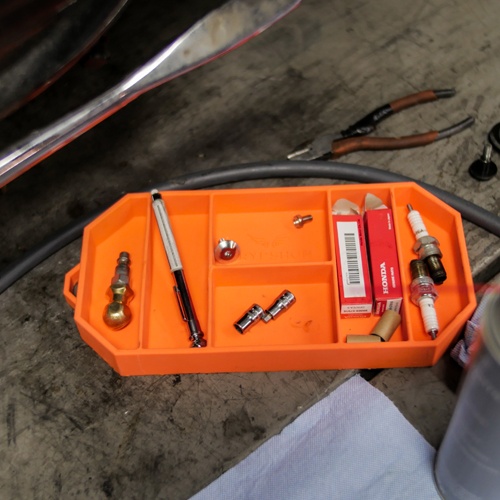 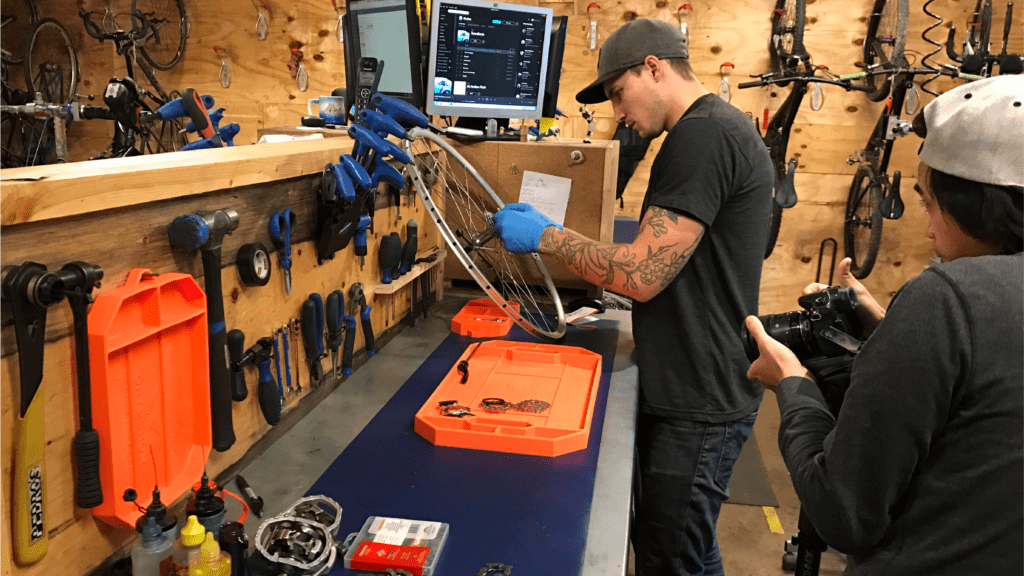 Grypmat - In Use At a Bike Shop 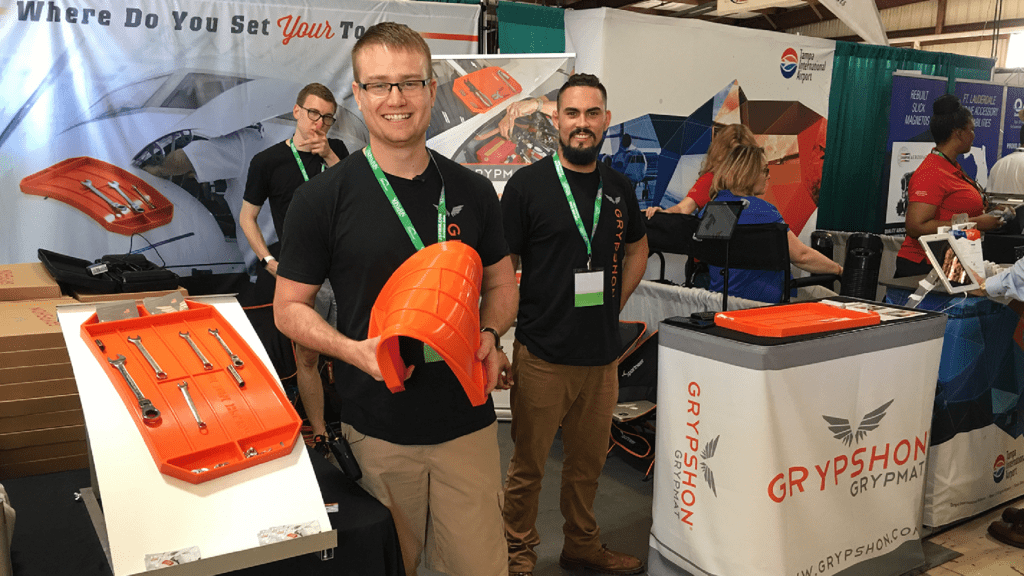 Grypmat at a Trade Show 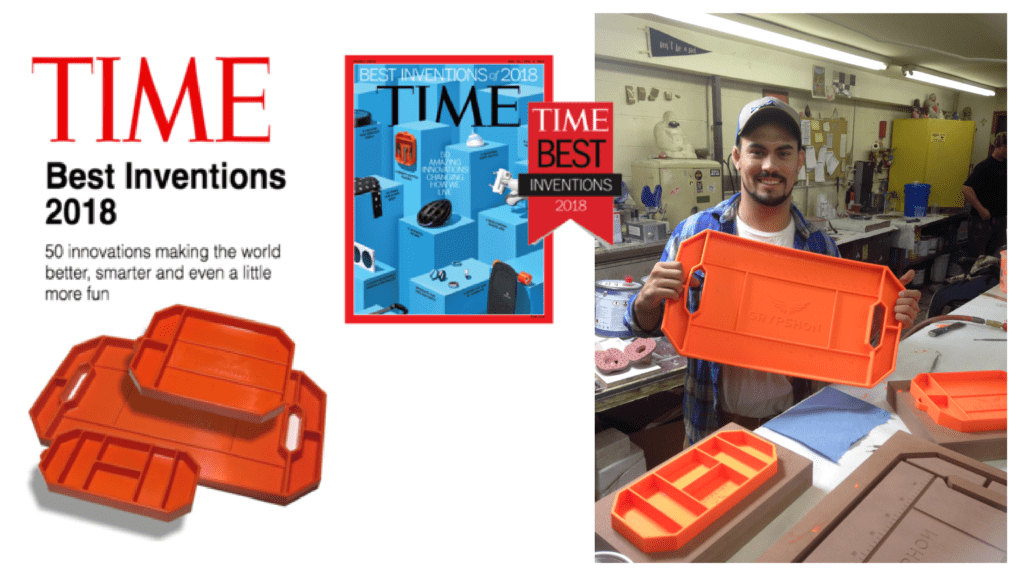