We met Shaun at Tom's, from Grypmat, Shark Tank watch party in November 2017. At the time, he had a rough hand sewn and 3D printed prototype of his magnetic bottle holder. He had identified a massive opportunity for a magnetic bottle holder that would attach itself directly to the equipment so that it was easy to access and secure for anyone that frequented gyms.

His pain, problem and solution made perfect sense to Product Refinery. We're by no means frequent gym goers but we understood the need immediately. We could see the passion he had for his product, and wanted to support him in anyway we could. As an active member of the military, Shaun works at Rickenbacker airport outside of Columbus, Ohio and knows the difference that a simple solution can make when you spend your time exhausting yourself at the gym. 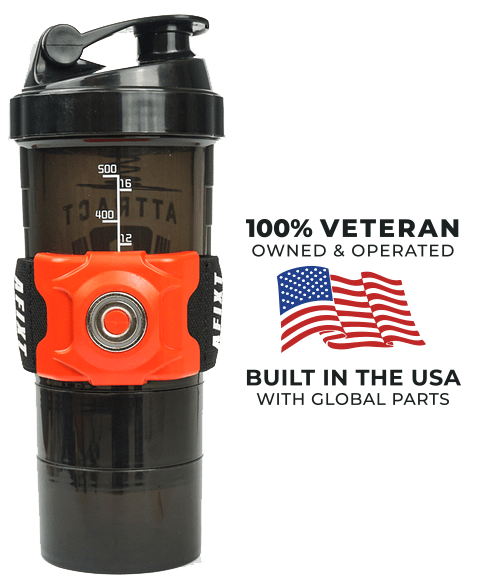 After sorting out the type of support he needed, we jumped right into the finalizing his product. We worked with his current design agency to refine the product based on our user testing. At the time Shaun had one quote for an all-in cost from one overseas supplier. We dug into his supply chain and devised a better plan per Shaun’s desires to produce the plastic housing domestically in Ohio. This conclusion was based on Shaun’s need to be agile with his product runs and desire to have a better and closer oversight with the production quality.

To help him build out his brand and business, we helped him refine his consumer engagement materials. When we started our engagement with Shaun, he had a video that was in progress so we jumped in and worked through a stronger message and broader voice to capture a wide audience of potential users.. Then we collaborated with one of our videographers to finalize the video with some additional footage we captured to complete the story.

Through our overseas manufacturing resources we helped Shaun line up suppliers for the bands, packaging, and corrugated cartons that we sourced locally in Ohio. Because he wanted the Afixt Magnetic Bottle Holder to be mainly produced domestically, we facilitated the required injection molding and assembly in central Ohio.

From there we designed, built, and began preparations for his Kickstarter campaign. We successfully executed a campaign that raised $31,000 from 1200 backers from 15 countries.

Since then, Shaun has successfully manufactured and delivered to his backers and is now preparing to launch into the global market.

Following the successful Kickstarter we designed sleek retail packaging, promotion materials, and a 10 page sales deck to pitch the product to retail buyers.

As of January 2019, just about a year after launching the Kickstarter, Shaun released his product at the FitExpo in Los Angeles so to bring our engagement to a close, we designed and sourced a stylish and affordable booth display to help him continue his growth and success. 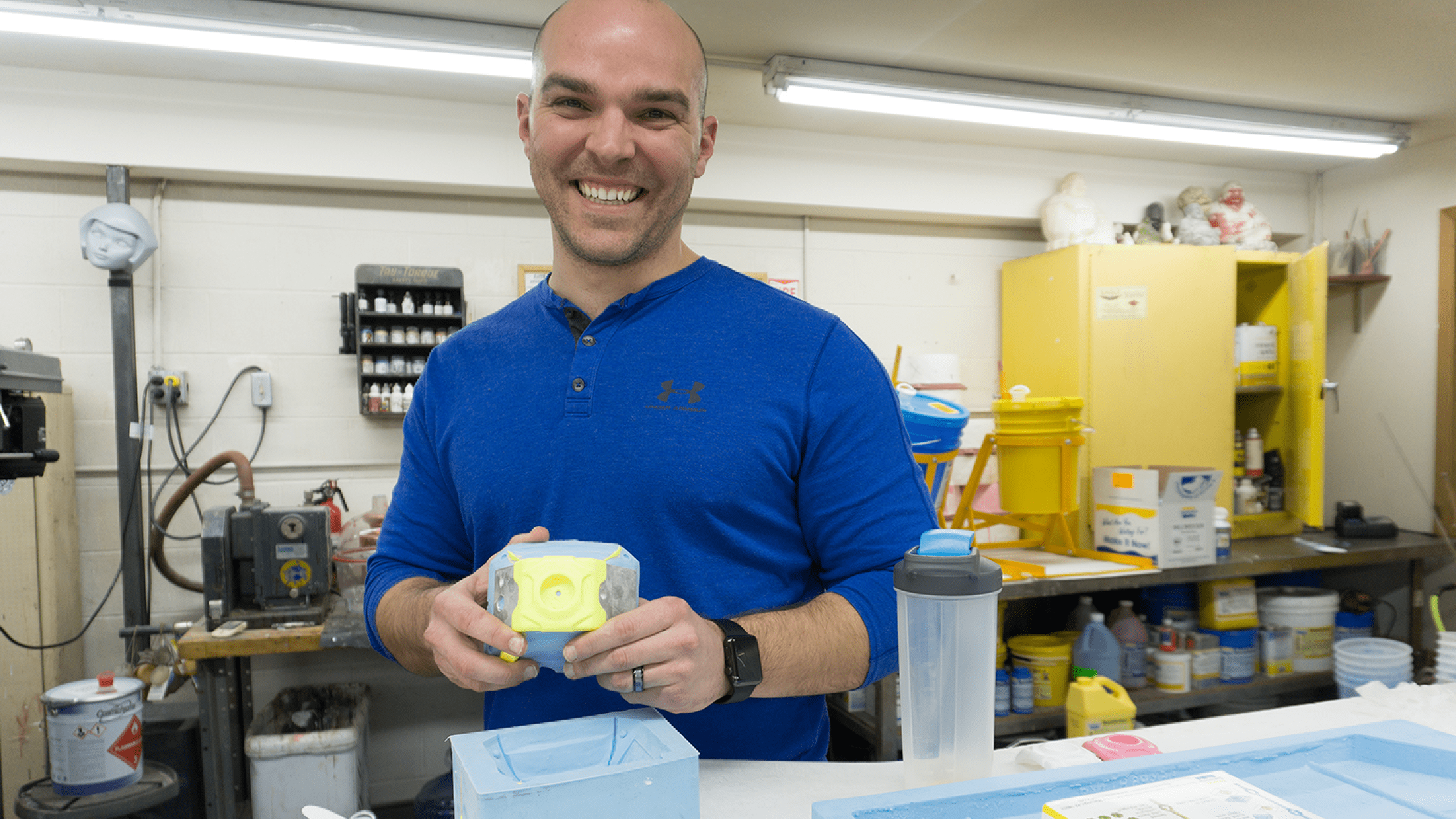 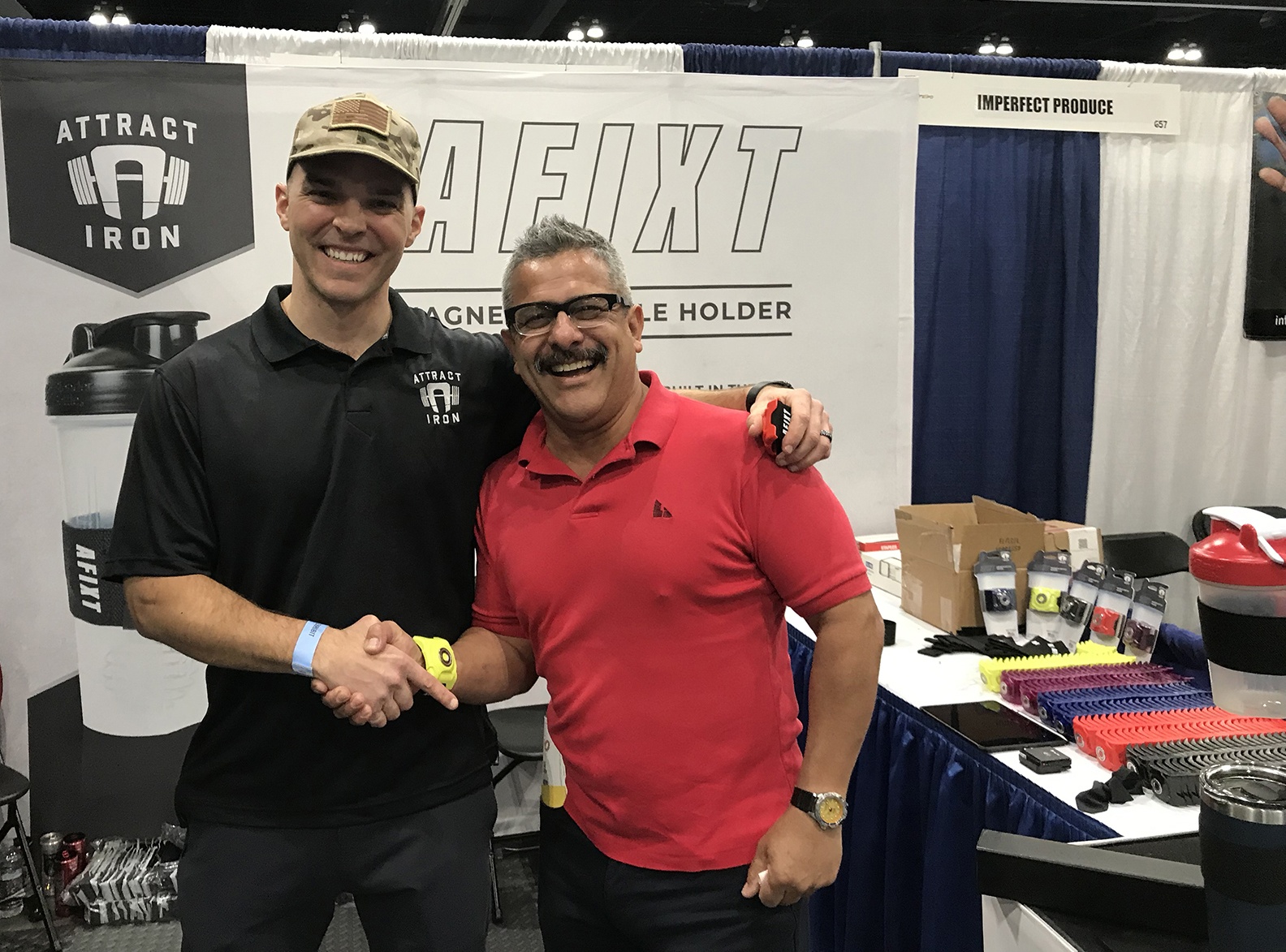 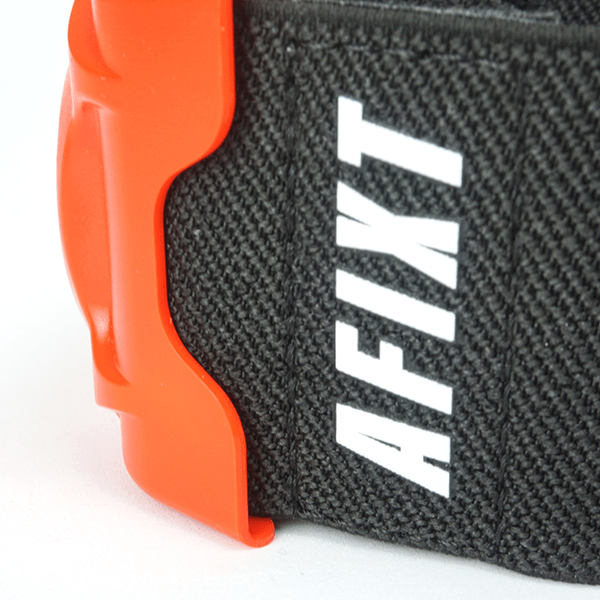 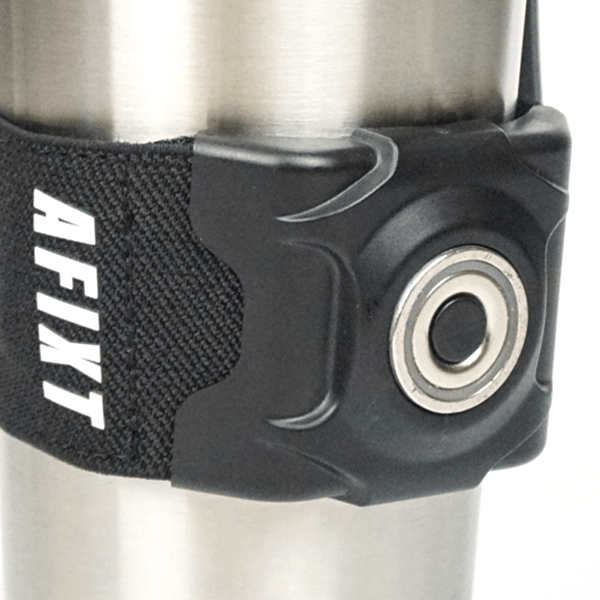 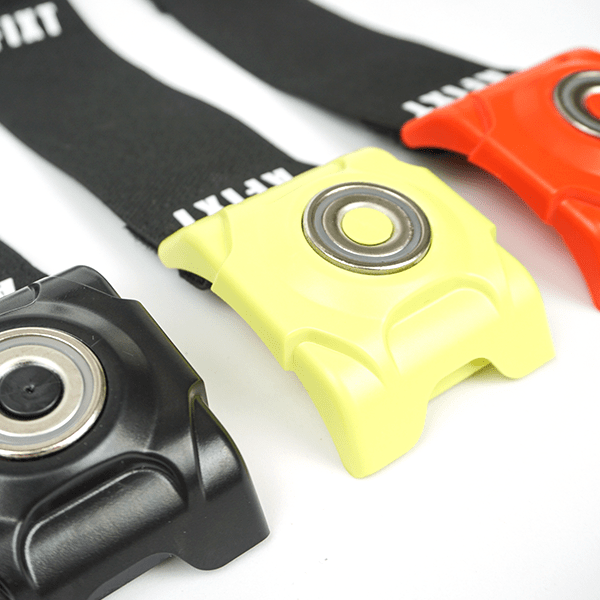 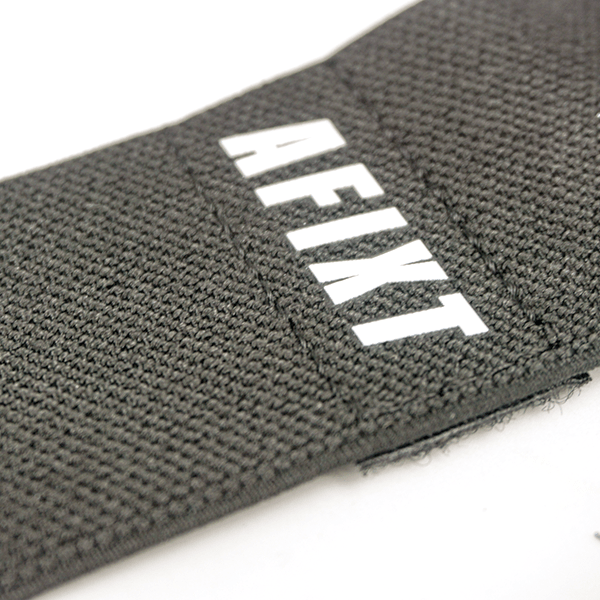 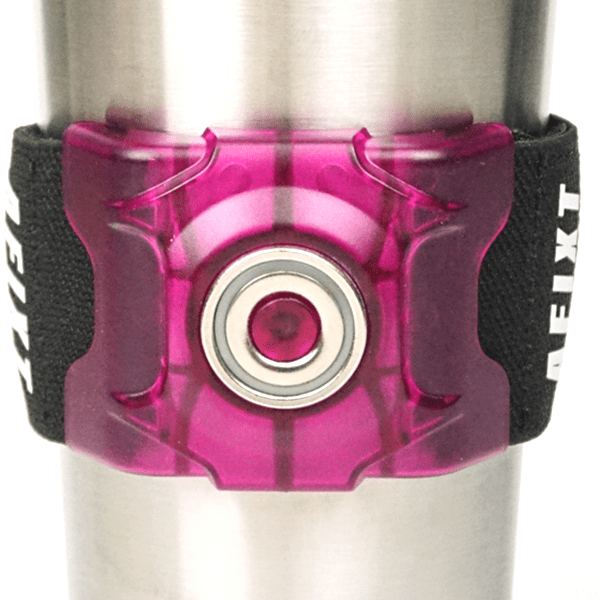 Shaun’s product made perfect sense - how often do you lose or spill your water bottle while working out? Or the machine you’re using doesn’t have a holder...or if it does it’s terribly inconvenient? The best products are products that make you wonder why they hadn’t been invented yet. We determined he needed support in manufacturing, design, and marketing support to help start his first business and set up a supply chain that was more cost effective and agile.

Shaun already had a great start on a functional prototype. He had purchased a 3D printer and was using it to make iterations of what would later become the Afixt Magnetic Bottle Holder. For his Kickstarter campaign, we need a Golden Sample that we could present to manufacturers and use for final production. We facilitated the casting and molding of golden samples for production.

When we started our engagement with Shaun he had a promo video that was already in progress. To create a video that would set his Kickstarter campaign apart and ensure success, we created a stronger message and a broader voice that better appealed to his target audience more effectively.

Shaun started with one quote for all the costs from an overseas supplier, but he wanted to produce the plastic housing locally in Ohio. To get him what he needed in the way that he wanted, we investigated his supply chain and devised a better plan. This gave Shaun more agility with his product runs and have a closer handle on the production quality.

After refining the product, branding, and manufacturing it was time to launch. We designed, built, and launched a Kickstarter campaign that surpassed its goal by over 100% totaling in $29,170 in contributions from over 1,200 backers. The total funded of a our $10,000 goal came from 15 countries and resulted in a 191% increase of funds we had hoped to raise.

At the conclusion of the Kickstarter, we designed retail packaging, promotional materials, and a 10-page sell deck to pitch the product to retail buyers. Now Shaun has successfully delivered the Afixt Magnetic Bottle Holder to his backers and is preparing to launch into the global market. 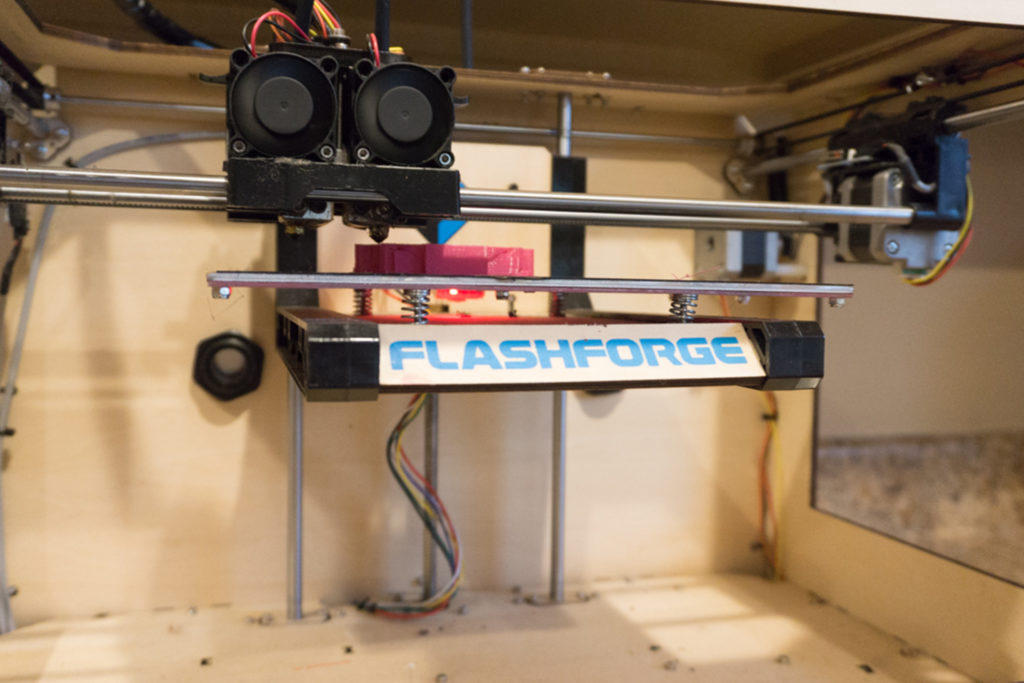 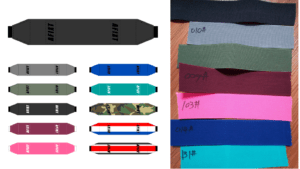 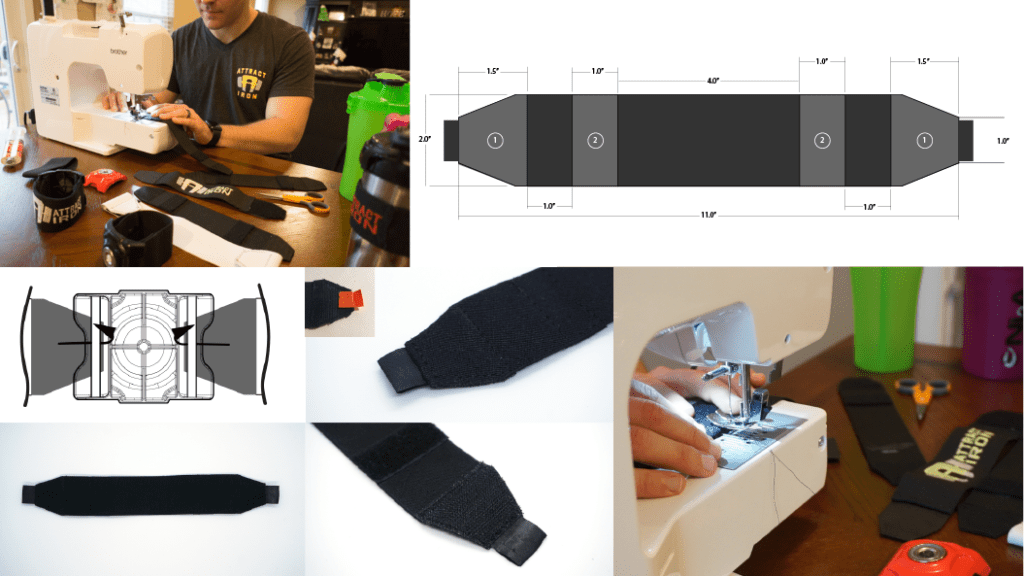 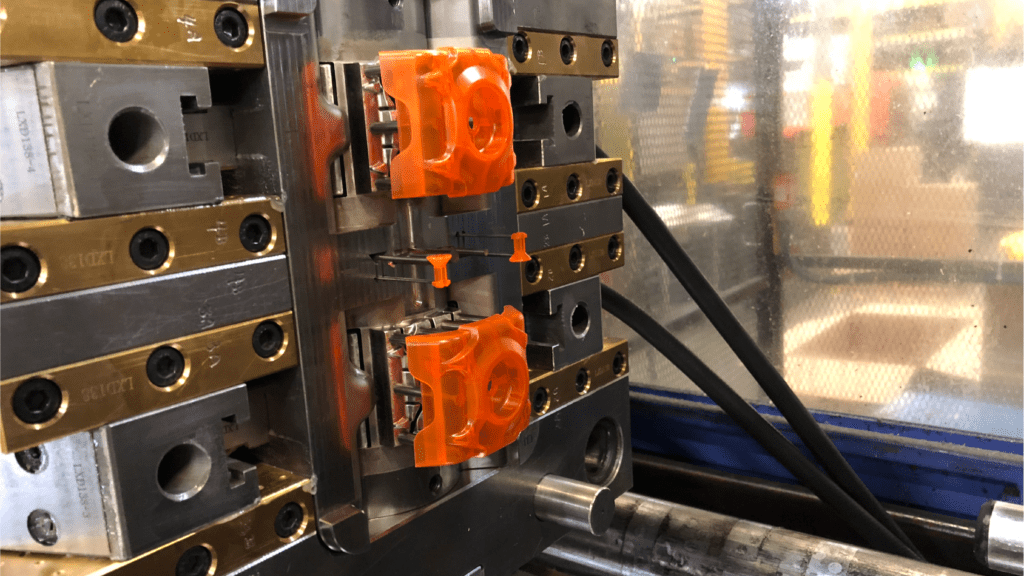 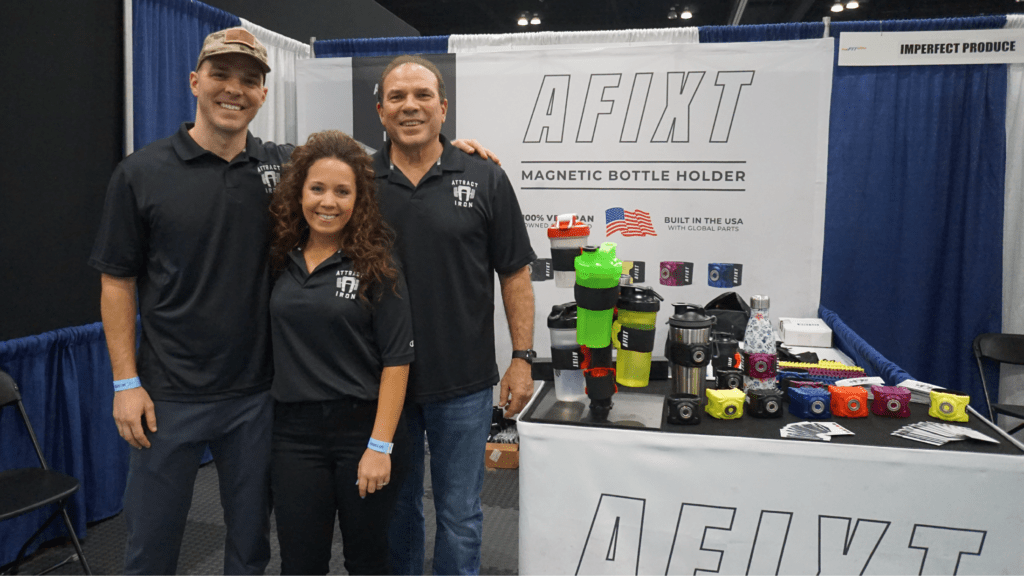 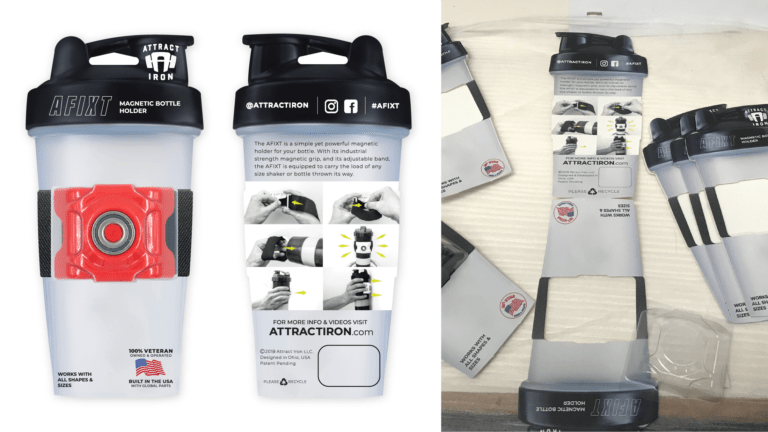 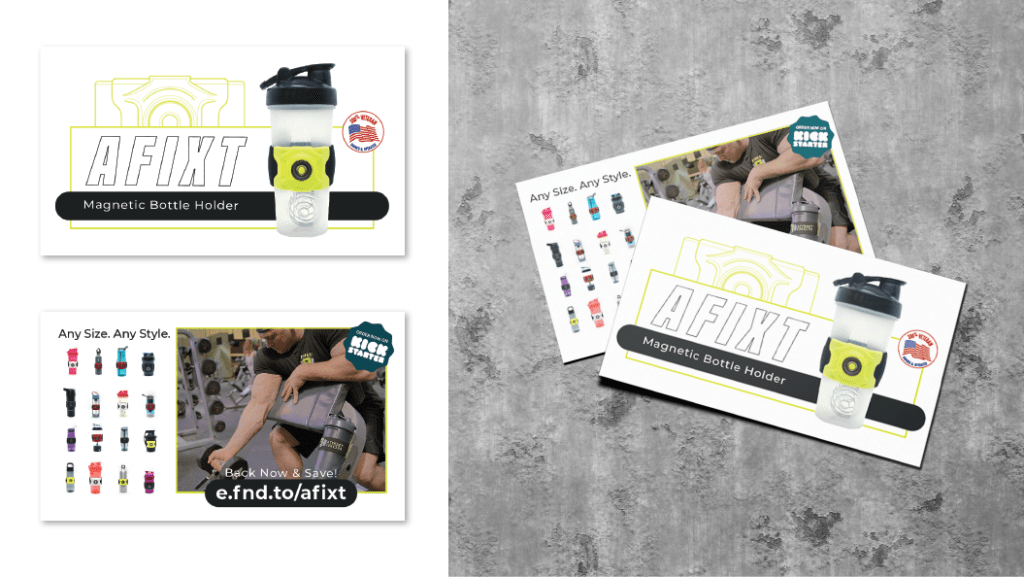 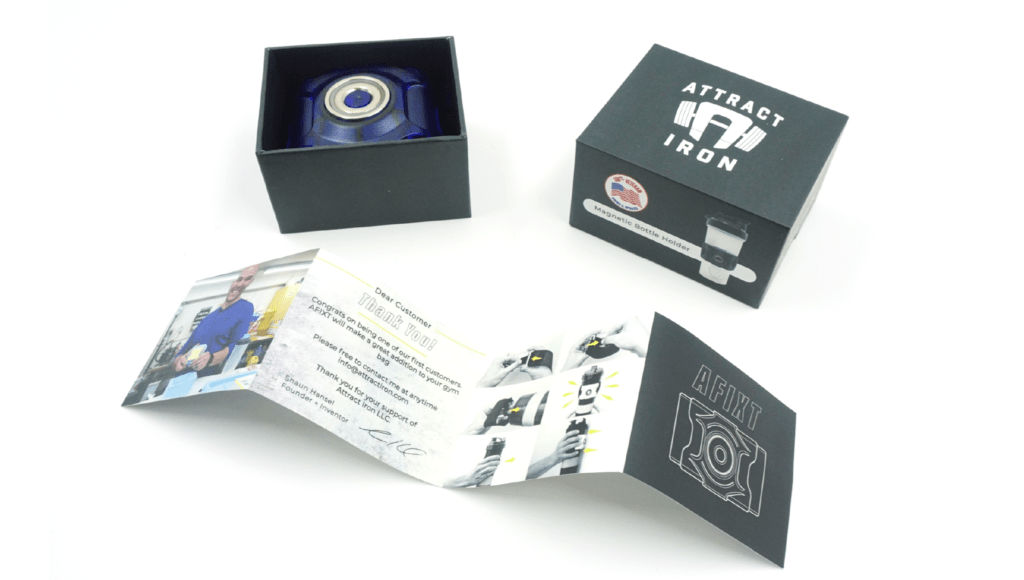 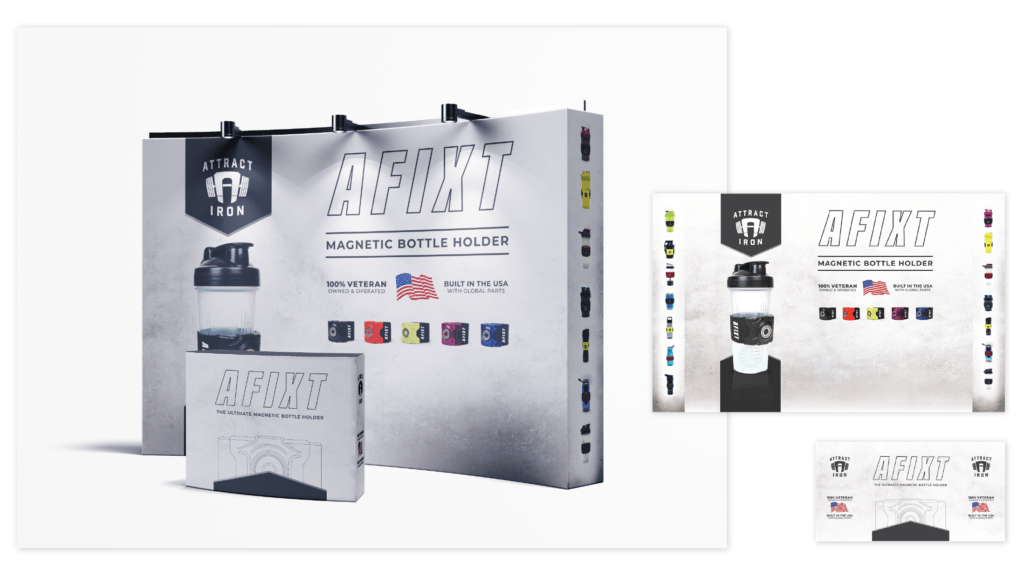 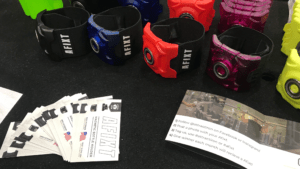 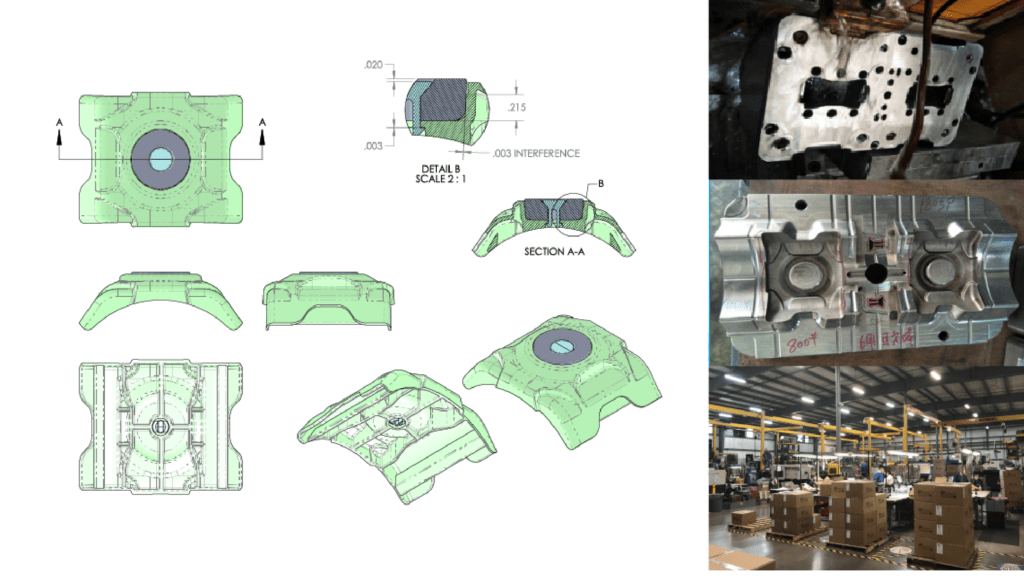 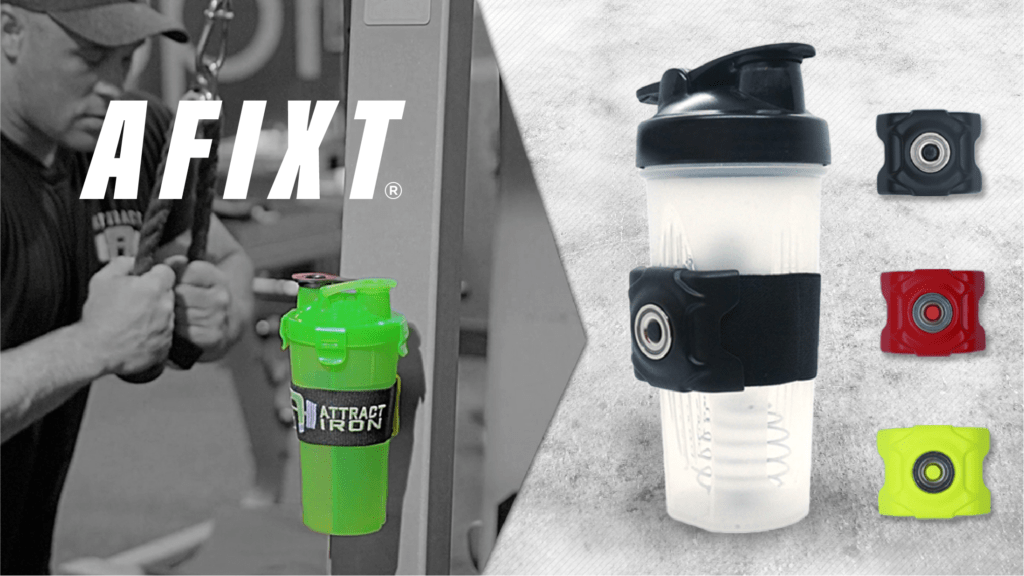 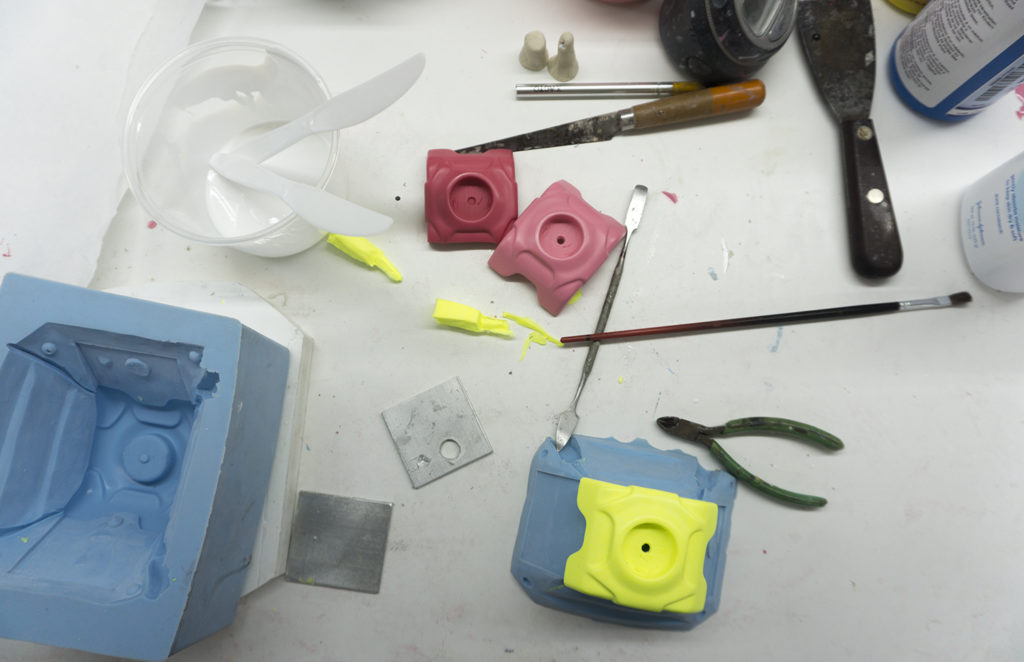 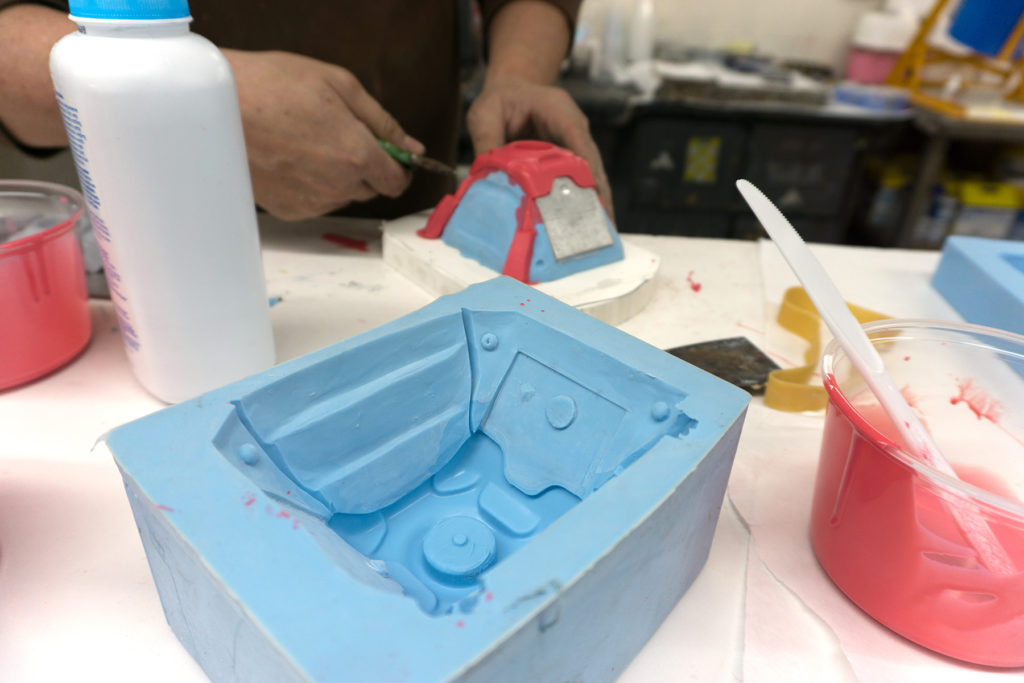